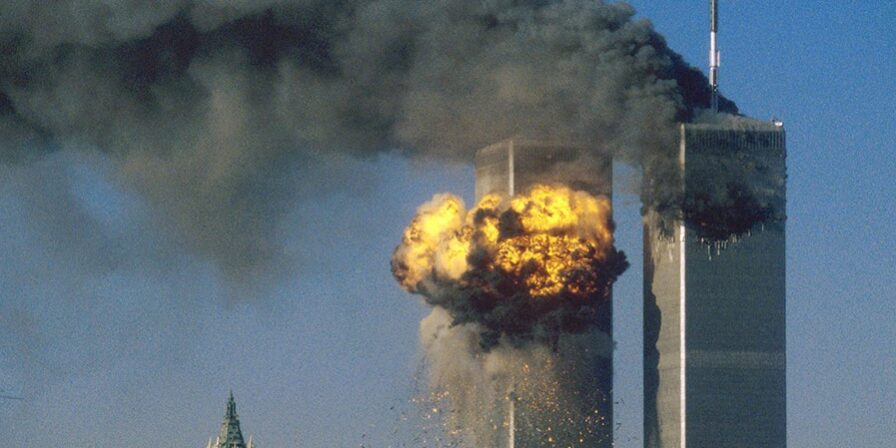 I was asking my brother firefighter that question because I was doing research for a book that has since been published called Combustible.  Although the Twin Towers had collapsed more than a decade earlier, Twiggy’s head immediately collapsed into the palms of his hands, voice quivering, tears beginning to well up.

“The smells, Billy. The smells.”  Unprepared for my sinewy friend of four decades sudden outburst of emotion, I quickly scribbled the two words across my notebook then lifted my head and gave him my best impression of the Tucker Carlson tilted eyebrow.

“Every time there was a victim,” he stammered. “I could tell because of that awful stench bleeding from under the rubble.”

“You mean the smell of burnt flesh?”

“No.  You know that I’ve smelled roasts before.  They’re awful, but I’ll never get that sickening smell of rotting flesh out of my mind.  It was like the aroma of raw chicken left out to rot in the sun multiplied by a 1000.  I started rubbing Vic’s VapoRub under my nose.  We all did. It didn’t help. Nothing helped.”

I was in a Florida weight room that crisp, clear September Morning.

I had failed a promotional test 6 months earlier.  The captain’s exam only comes every five years, and I had busted my ass studying for that last one.  That day I had read a situational paragraph too fast, so the word radioactive never quite registered.  Because of that blunder, I got the next ten questions wrong and failed the 100-question exam by two points.

I had 20 years on the job.  My widowed Mom had Alzheimer’s, and I was her only surviving son.  I wasn’t going to wait 5 more years for another test while she needed my help, so I packed it in and moved to Homestead.

Like most of America on 9/11, my mouth sat agape staring at the avulsion that poured sickening, black smoke from our largest skyscraper.  Unlike most Americans, I felt guilty.  This is the biggest job in the history of the FDNY.  Everyone will be there.  I should be there.  If I hadn’t failed that test, I would be there.

When the second plane hit 30 minutes after the first, I knew we were under attack and had to get up to N.Y.   I told my mom I’d be back in a week and loaded my car for the long drive to Ground Zero and the “dig.”

I arrived in NY and dialed my comrade, Gary Schiffmaker.  Hours later, he and I were masked up and walking amidst the smoldering ruins. The brothers had formed bucket brigades and had been passing 5-gallon containers of debris hand to hand painstakingly down the mountains of wreckage from the collapsed skyscrapers.  Some contained fingers, hands, ears, and whatever other body parts might be identified later.

“What time did you first get here?” I asked Shifty, as I handed him the white container.

“Just before the second building collapsed,” he said. “We had to park the rig almost two blocks away. That’s how many emergency vehicles were already at the site when we arrived.”

“How many guys have we lost so far?” I asked.

“How many guys you know?”

“Six so far,” Shifty said.  He lowered his somber head.  “Father Mickey was victim number one.”

“Yeah.  They tried to get him out of the lobby, but he refused.  He just kept administering Last Rights.  He was victim number one.”

“He was one of a kind, Father Judge, a fine man.  I heard that Chief Ganci was decapitated.”

I handed Shifty another bucket of debris, filled with hair, bone, and God knows what.

“Yeah, it was awful,” he said.  “One of the blown-out windows wafted down at the command center and sliced him clean at the neck.  He died instantly.”  Near tears now Shifty continued.  “I’m hearing so many horror stories, Billy, so, so many.  Two EMS workers placed the body of a woman on a stretcher who was fileted from the top of her head to the bottom of her heels, one clean slice. They had to place the entire layer of her skin on top of the exposed organs before they loaded her in the bus.”

“Good God,” I said.  “Was that from one of the blown-out windows as well?”

Shifty just nodded and passed me another 5-gallon bucket.

“Don’t get me wrong,” Shifty said.  “I’m hearing about a lot of miracles as well:  Who missed their train?  Who stopped for bagels? Who was working a mutual exchange?”

“Just the luck of the draw, I guess?” I said rather mundanely, as I passed the bucket to another solemn faced firefighter on the pile.

It never ceases to amaze me how trite we humans can be in the face of severe tragedy, even when it’s our own. There are only so many times you can say sorry for your troubles or sending thoughts and prayers. We usually end up at a loss for words.  It still pains me to write about what I felt and saw those days that I worked at the dig.

That tragic day produced many uplifting sights and triumphs of the human spirit as well.  That’s also the nature of us human beings, I guess.  I saw wealthy dowagers passing out sandwiches to rescue workers and saw incredible acts of heroism from iron workers and first responders, relentless, tireless, working to rescue someone, anyone, doggedly determined to make a difference no matter how slight.

I’ll thank God for men like that always.  I’ll never forget that the real heroes of this world don’t wear capes or emblems on their chests.  The real gladiators of this world are humble in origin and demeanor, so unremarkable in appearance that if we bumped into them in a crowd, we would never dream or imagine how brightly their souls burn.

I’m thankful to all of them, the ironworkers whose yeoman’s work lessened ours and the doctors and nurses. Most of all for men such as Peter Ganci and Mychal Judge and for the 343 of my brother firefighters and the rest of the first responders who made the ultimate sacrifice that day.  Thank God for men and women like them.

I’ll also always thank God for a blunder that I foolishly made on a Captain’s exam.  A mistake that cost me a promotion.  There’s not a doubt in my mind that if not for reading that question wrong, I wouldn’t be alive to write this blog.  I’d be forever buried amidst the four men I knew personally who were smarter and me who passed that test.  May the lord have mercy their souls.

There, but for the grace of God, go I.