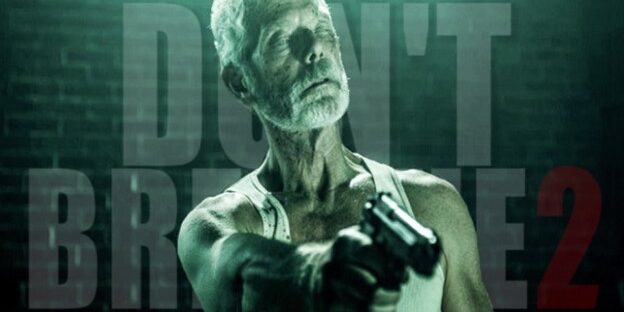 Beneath sparkling brown eyes, and salt and pepper hair, he flashed a wry smile before pausing and uttering one deliberate sentence about a Sean O Casey play.

Author and movie star, Stephen Lang, had deliberately used bad grammar to make his point.  The classically trained actor knew that my partner Frank Pace and I would get it.  After all, we were writers of sorts too.

Stephen was referring to Sean O Casey’s, Shadow of a Gunman.  “Wonderful play,” he said.  Ever the performer, he paused again for effect and glowed some more.

I knew right then, right there that this would be a captivating, interesting, and more importantly an informative interview.

In the beginning or our interview, he measured his words carefully, as if he subscribed to the carpenter’s mantra of measuring twice; cut once.  One gathers immediately that Stephen Lang has a terrific sense of humor, and he displays it sparingly in short staccato sentence.  Terse, diffident, almost as if his words will have to be carved in tablets if quoted, but only when he’s making small talk.

Not when he’s talking about acting, history or literature.  Then he happily pontificates, shines, and is only to happen to chit chat.  His passion in full display, he tells Frank and I why he wrote his short, wonderfully illustrated, children’s novel about the Civil War, The Wheatfields.

There’s nothing passive about Stephen.  His career is like his verbs — active.  After filming Gods and Generals, he refused to wait for something to happen. Preferring to be the catalyst for his own career, he starred and produced a one man play about Medal of Honor winners, called Beyond Glory.  James Cameron saw an ad for Lang’s commitment to the heroes and auditioned him for what would eventually become a 20-year commitment — Avatar one through five.

Stephen’s degree is in English literature and his charisma demands as much attention as his obvious intelligence. His accomplishments are many, his body of movie and stage work prolific and right out there in the public eye:  Death of a Salesman, Last Exit to Brooklyn, The Hard Way, Another You, Manhunter, Tombstone, Fire Down Below, Avatar, Crime Story, Gods and Generals, Gettysburg and so, so many others.

As his credits attest, in his four decades in film and on stage, he has been seldom idle.

My partner, producer Frank Pace, was one of a trio who cast Stephen in the starring role of his television production of Babe Ruth. During the filming, Lang often told Frank that he just wanted to make his nut.  That’s all he needed.  He wanted to keep the lights on and develop his skills.  He likes his craft, this Stephen Lang, and describes acting as his calling.  He knew it was his vocation when only five years old.

I think it’s safe to say Stephen’s skills have been sufficiently developed.  The lights will indeed stay on.  I met Stephen Lang once: just once, for less than two hours, yet his memory will endure.  The actor/author was erudite, interesting, and affable, his presence indelible.

Stephen’s Don’t Breathe 2 will be released this week. The original, Don’t Breathe grossed $160 million on a budget of only $9.9 million.  Avatar, which grossed over $1 billion, will be followed soon by Avatar 2 through 5.  Stephen is mid-way through a 1,000-day shoot.

Don’t miss them.  Any of them.

Stephen, I’m guessing you won’t need to worry about your nut anytime soon!