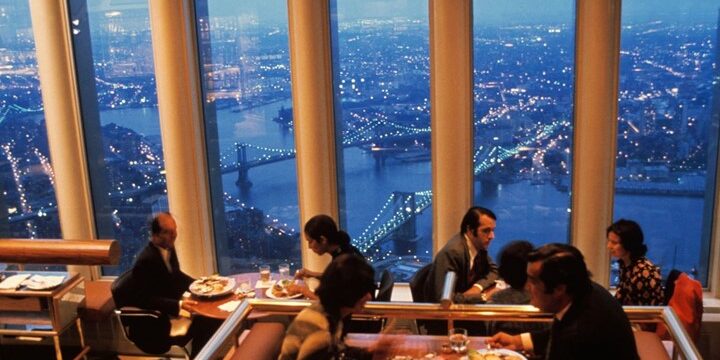 For those who follow this blog, you know that I occasionally depart from sports. This is one of those occasions.

Like many, I vividly remember where I was when I heard of the first plane crashing into the World Trade Center on September 11, 2001.  Upon hearing, I quickly got in front of my television and watched the heartbreaking events unfold in real time.  When the second plane hit, it was obvious to me what was occurring. I was shocked, saddened…and very angry.

As I watched the towers burn and fall, my heart went out to the people trapped inside of those two magnificent buildings, and to the brave first responders who rushed in to help save lives. Those horrifying images will live with me forever.

Also, I couldn’t help but think back to the many times I dined at Windows on the World, a restaurant on top of the North Tower, which occupied the 107th floor.  It was a first-class spot, which provided me with one of the most amazing views I’ve ever seen. And just like that, it was gone!

In the days, weeks, and years that followed, I remember how Americans came together.  You know, back when we were Americans first. Not Democrats or Republicans. Not white, black, brown or Asian. Not strait, gay or transgender. We were all simply proud and angry Americans.

Where has that pride gone?  How and why have we let politicians and the radical ‘woke’ crowd divide us?

As we approach the 20th Anniversary of that fateful day, we’re now confronted with the most ill-conceived foreign policy decision I’ve ever witnessed in my lifetime. And believe me, I’ve seen a few.

While I understood it was time to end the Afghan conflict, the manner in which this President ended it should be an embarrassment for all Americans.  After twenty-years of our brave military personnel protecting our homeland and freedoms, this is not how Americans see our country acting. This administration has let down our military, allies and fellow citizens by this cowardly act.

Whatever happened to the military creed and promise to ‘leave no one behind’?

Instead, we left hundreds (if not thousands) of Americans behind. We also left over $80B (that’s billion with a B) worth of weapons and military equipment behind for our enemy!

I pray that all of our brave military personnel who served in Afghanistan don’t feel that it was all in vain.  Your sacrifices and bravery enabled America to live terrorist-free in our homeland for 20-years. Don’t let the ill-conceived decision and tactics of this President diminish all you did for our country.

To the families of the thirteen men and women of our military who were recently killed in the Afghan fiasco, I offer my deepest sympathy. This needless loss of life was a travesty beyond words. To have put our military in the precarious situation within an airport was, by far, the dumbest military decision ever. To have the biggest and best military put in a position of ‘sitting ducks’ was a mission doomed from the start.

So, as 9/11 approaches, please remember. Remember the 2,996 people we lost, including 403 firefighters and police officers who gave their lives in an attempt to save others. Remember the feeling of horror, sadness and anger you felt as a proud American. And remember how we all came together as Americans.

Let’s pray we can regain that American pride and not lose sight of what makes us a great people and nation.

And NEVER AGAIN should we ever leave any American behind!