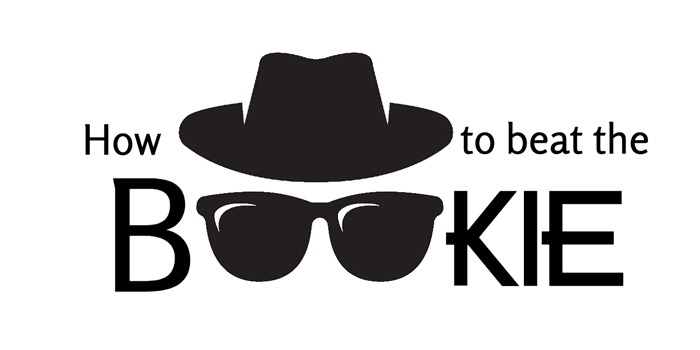 An hour before the NCAA championship game, a diner in my community interrupted my burger, “Hey man, I watched your podcast. Good stuff.”
“Thanks Tommy,” I said. “Much appreciated.”
“So, you were a bookie?”
“For seven years,” I said. “I even wrote a book about it.”
“Wow. So, you know your stuff,” Tommy said. “Who do you like in tonight’s big game, Gonzaga or Baylor?”
“Know my stuff?” I just laughed.
Last football season on our podcast A Mick, A Mook, and A Mic, every week I picked my “lock of the week.” After hours of studying lines, injury reports and home field advantages, I barely picked 50 percent.

Every week, my partner, producer Frank Pace, had a random game tossed to him by our third man in the booth, Derrec Harris. After a few seconds of deliberation with no homework, Frank chose a side. He picked close to 80 percent.
My neighbor Tommy just didn’t get it.

Nobody wins. Even Pete Rose couldn’t win betting baseball. The deck is stacked against you. Stop betting.

Most gamblers know about vigorish. The “vig” is the 10 percent bookies skim off the top of a losing bet to ensure the occupation stays profitable. Gamblers bet $110 to win a $100, or $1,100 to win a $1,000.
The “all-knowing” Wikipedia defines vig:
“Bookmakers use this concept to make money on their wagers regardless of the outcome. Because of the vigorish concept, bookmakers should not have an interest in either side winning in a given sporting event. They are interested, instead, in getting equal action on each side of the event. In this way, the bookmaker minimizes his risk and always collects a small commission from the vigorish. The bookmaker will normally adjust the odds, or line, to attract equal action on each side of an event.”

To summarize, “Joe bets $100 on the Giants; Frank bets $100 on Dallas. The bookmaker lays them off against each other and snares $10 for his trouble.
This is complete bullshit.

In today’s computerized world, most bookies operate over the Internet via offshore casinos, so they don’t have individual control to adjust a line and balance their books. Offshore services charge standard fees to take action for bookies throughout the world. The bookmaker checks his weekly printout and then pays off or collects.

Here’s how the system really works.

The first week of the NFL season, 13 games were played. Of those 13, the bookie was really concerned about five or six.

For a Miami bookie, the Buffalo-Miami game; for a New York bookie, the Giants-Dallas game; and whatever game CBS sees as the matchup of the week. All those games would be loaded with action.
Sunday night’s game is always significant because it is a gamblers last chance to “bail out” or break even.
The other seven or eight games would have minimal money spread across the board.
So, for argument’s sake, let’s say five games are top heavy with money. Because of the “juice,” the “vig,” the “10 percent,” all the bookie has to do is win two out of those five games, and he breaks even. In any occupation besides bookmaking, when you’re right only 40 percent of the time, you go broke.

If the bookie wins three of those crucial five games, he wins big. If he wins four of those five games, he crushes. To beat the bookie, betters must win four out of those five top-heavy games. That might happen twice a season — maybe. The rest of the schedule, the bookie cleans the players’ clocks. However, readers of this blog who muddle through my minimal mathematics will be rewarded with an infallible system. I’ll show you how to outwit those bedwetting parasites.

Mathematics is a pure science. If you bet 10 games over a week, a year or a lifetime, you need six winners to break even. “Juice” dictates that you hit seven out of 10 games to win a little cash. To win real money, you must win eight out of 10 games. Nobody goes 80 percent against the Vegas spread. I mean nobody.

If bookmakers ran the Treasury, there’d be a budget surplus every year. Their lines are laser accurate.

Here’s the tip I promised about how to come out ahead betting sports. Take your money out of your left-hand pocket. Count it. Carefully study the football lines. Now, pick a team you like. Count your money again. Then, fold it and place it back in your pocket. Later, spend it on something productive, like a hooker and an eight ball. If you’re still compelled to wager, make a “mind bet.” If it loses, all you’ll have lost is your mind.