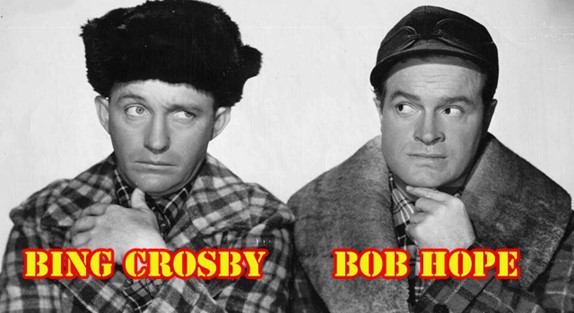 Not long ago I was doing the sports segment on a LA morning TV show. I made a reference to Howard Cosell. The show’s co-anchor had no idea who that was.

The point I wanted to make isn’t to embarrass anyone, but to point out that not just news people, but all kinds of people today (mostly young people) have very little cultural knowledge and even less curiosity about it.

On another show I made a reference to Bing Crosby. The eyes were rolling. This is a contemporary show, they seemed to say. Bing Crosby was like….”years ago”.

Brittany Spears appeared on the Letterman show a few years ago. Paul Schaffer told Brittany he would jokingly play on “Thanks for the memories” like she was ‘Bob Hope”. “Who is Bob Hope”, she asked?

When I was a kid there was the same divide that the younger generation had with the older generation, but I was always aware of great accomplishments and great people like Sinatra, Louis Armstrong, Ella, Billie Holiday, Bing, and hundreds of others…especially important political and social figures. I was interested in everyone from Thomas Edison to Stephen Foster, and most of my friends were too…

The concept of “legacy” means virtually nothing anymore. Demographics rule, and there’s a cultural tyranny against the greats of the past. They are considered relics and uncool.

My gripe isn’t to look like a “get off my lawn” guy, but to lament today’s lack of curiosity and present knowledge of anything that came before. As a culture we tend to de-emphasize the past, and maybe it is somewhat understandable. Everything is about “youth”.

The past need not apply. The past doesn’t sell…it is not worth remembering apparently.

Black and White movies except on Turner Classics are almost extinct. The 50’s, musically, are dead – even, and especially, on the radio.

What did JFK and George Santayana say? “Those that do not learn the lessons of the past are doomed to repeat them.”