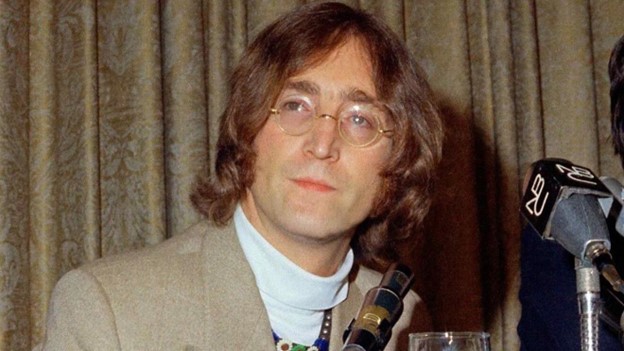 John Lennon would have been 82 years-old on October 9th had some psycho not shot him six times in the back on December 8, 1980…on my birthday.

We can’t even figure out legislation to keep people who have mental problems from owning weapons…but that’s another post.

I think about all the music he could have made and was busy making.

I think he would’ve written and performed with Paul again, maybe toured with Ringo, or George, too.

I think about what he’d think right now, what he’d say about the violence, racial division, and of course what he’s thinking and saying about these horrible times in which we live.

I miss John Lennon almost every day of my life.

My home is decorated as a Beatles shrine, and I look at John’s picture when I wake up every morning.  He had a profound impact in my life. He affected my work, my view of life and, of course, my first love…music.

But then I thought…how selfish and self-indulgent of me to talk about what I felt that I lost when John was needlessly murdered 42 years ago. I think about the things he didn’t get to do…apart from his celebrity.

John Lennon didn’t get to do any of those things after December 8, 1980. And his killer is still alive in prison.

John Lennon wrote hundreds of songs…most are classics. He wrote books, appeared in movies, and played before millions of people, both live and on television. He will always be beloved and remembered, and always be a legend.

But I’m sure John would’ve taken all of that…the acclaim, the fortune, the art…and give it all away just to be alive today…just to see age 82.

On the day he died, he told his last interviewer that life really begins at 40. For John, on that same day, life ENDED at 40.

How cruel, how unnecessary it all was and is. Beatlemania, it turns out, is a killer disease.

Happy Birthday John. Everywhere so many of us go…and almost anytime any day, we hear your music or remember your humor, your outrage, your voice.

It’s all wonderful to remember John on his birthday. But I wish he were here, and I wish he could tell us what he thinks about being 82, and everything around him.

But he can’t because of a selfish lunatic who still lives.

How damned unfair is all of that?