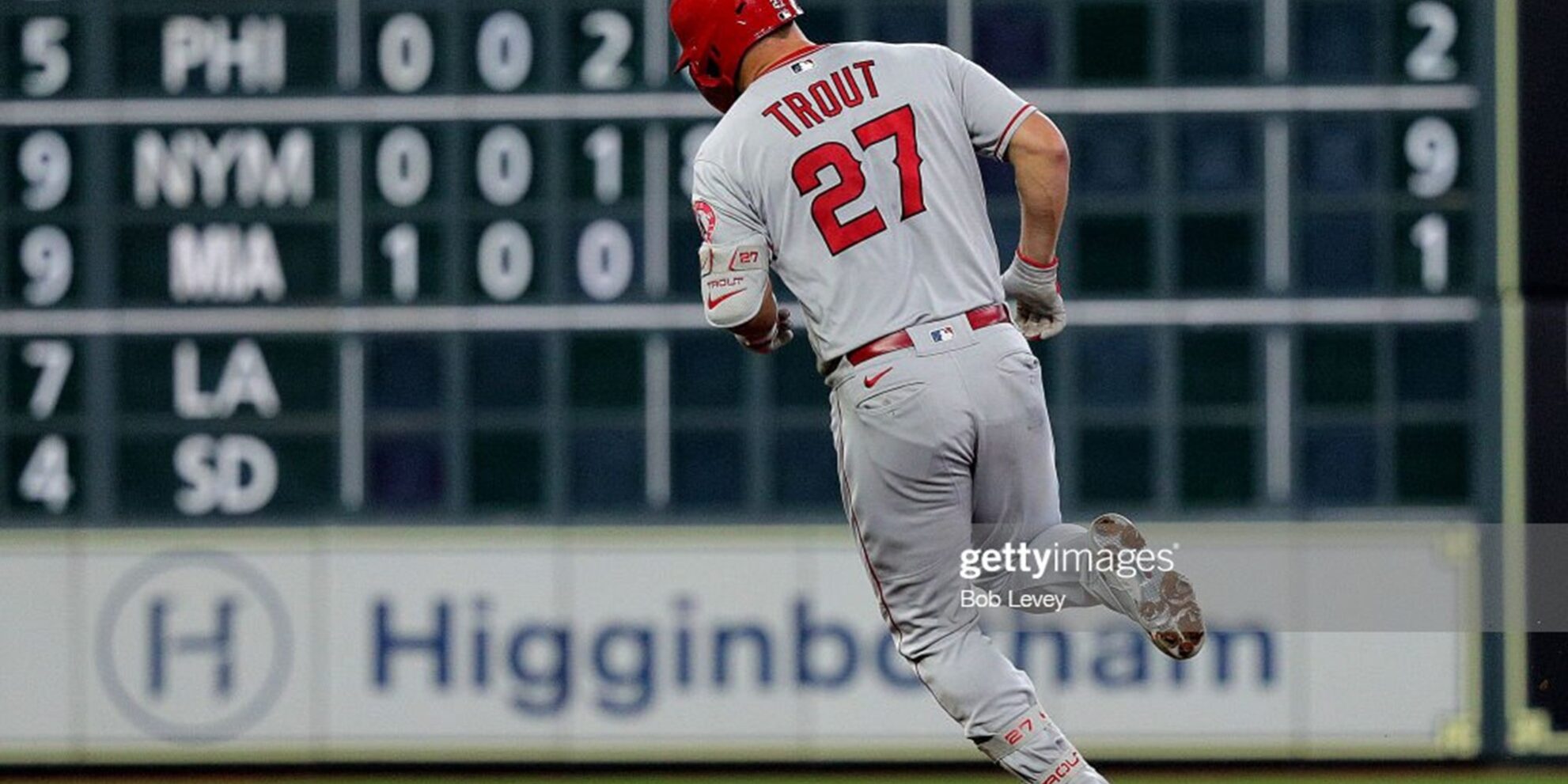 It is damn near impossible now to get quality time with athletes as a journalist, the enemy banished outside upon the arrival of Covid—never again to be afforded intimate access.

I knew Kobe Bryant, adored him, disliked him, laughed, and yelled and all in the same interview. He was human, and I came to understand that. Even Kevin Brown was human, although I could argue the alternative.

I’m not sure I could function today in the sports arena; I’m sure I will find out when the LA Times brings me back.

We don’t know Mike Trout because he’s a quiet guy, and nobody wants to spend the time to really to get to know an Angel with all the hurdles to be jumped. I had a rule when I worked that I would not spend much time with a rookie, knowing how I might take advantage of someone inexperienced dealing with the media.

I told Trout I would get to him the following year, but then the Times took away my press pass and the Angels certainly were not going to complain.

And that is a big mistake on the Angels’ part. They should welcome the media to get to know Trout better and tell fans what kind of guy he is while hitting homer after homer. That kind of familiarity allows an athlete to become family-like with a fan base and the Angels need all the fans they can get.

Mike Trout is a superstar secret. Compare him to some other superstars and he’s a mystery. The Angels might think they are doing him a favor by protecting him and limiting his media availability so that he might hit, but he’s gonna hit even if we move in together.

I find it a real shortcoming on my part that I didn’t get to know him better.

And now it’s going to be harder for reporters to do that without being considered a jerk and push boundaries. I used to meet with individual Dodgers at the team’s hotel in San Francisco and spend a couple of hours getting to know them. Did the same with the Clippers like Chris Paul at a team hotel in Philly.

I got to know players better by travelling to cover their games, the crush of L.A. media staying home because even the Times won’t send a reporter on the road with the Angels.

It’s tough, clubhouses and locker rooms now more removed from the media than ever before, athletes more conditioned to avoid the media after Covid and reporters given only minutes here and there to superficially report on a city’s main sports characters.

And that shortchanges the fans who want more and more from their heroes.

Covid did athletes a huge favor, driving reporters out of their clubhouses or locker rooms. I never said athletes were smart, so much money to be made off the field but most of it going to who we know best.

It’s not always war. As contentious as I might have been, someone asked me yesterday how many sports figures really hated my guts. I said less than five, beginning with Brown, Frank McCourt, Lisa Leslie because I said “jinx” to her when she had hit 50 free throws in a row prompting her to miss her next attempt, Helene Elliott and Arte Moreno.

A strong dislike is another category, and the numbers might be astronomical, but as much as the Angels’ Garret Anderson tried to avoid me, he testified on my behalf at Trial No. 1.

There were skirmishes, of course, with Jeff Kent, Mike Garrett, Phil Jackson and Chris Pronger. Pronger was a hockey player and I visited him during a Stanley Cup Finals match or game or whatever they call it and told him I was bored and just bring the Cup to the children’s hospital at UCLA when he was done.

He did, placed it in the beds of sick kids and I even said I might go to another hockey game. You get to know people, even hockey players are people, even columnists, aren’t so bad.

The important thing is to get to know people. As soon as Phil Jackson and I exchanged pictures of our grandkids and he realized mine were just cuter, we could spar good naturally.

Mike Garrett hugged me after hiring Lane Kiffin, and I guess he knew he was going to need all the friends he could get.

McCourt refused to sit down and chat, his shirts so starched maybe they wouldn’t allow him to sit down. His wife, the Screaming Meanie as I called her, wrote my name on her coffee cup sitting across from her husband in the courtroom while they were in the process of getting divorced.

I loved Kent. He was tough, a bully and far too smart to be such a crumb-bum at times, but one of the most interesting people I have ever met. We talked or argued almost daily for four years while he was in uniform, and I’m not sure that could happen today.

There are too many restrictive guidelines now, so many more people willing to throw up walls around sports figures to protect them from being challenged.

Baton Rouge Advocate reporter Leah Vann spoke up and told Kelly, “Maybe if you win, I’ll be on time.”

Someone emailed the reporter to say, “If you worked for me, you would be fired. Could you be more unprofessional?”

The reporter later apologized, getting it all wrong. That’s a chance to get to know Kelly, and for that matter the reporter. She was being chastised for having a doctor’s appointment and showing up late to hear a football coach probably say nothing all that revealing or memorable.

We have lost all sense of who is important and what is important, a football coach now being paid oodles of money to leave Notre Dame and become gawd-like at LSU. We’ve always had sacred cows in sports, but every one of them is just a human being being confronted by another.

We need reporters to stand toe-to-toe with guys who can score 50 points a game, and challenge them if they say stupid, or unbelievable or arrogant things at times.

To Kelly’s credit he joked with the Baton Rouge reporter and a week later showed up late for his news conference and fined himself $10. That was more revealing than anything he could have said at the podium, and kudos to the reporter who was more than just a stenographer.

I will grant you that reporters are no longer as important as they might have been, a long list of former athletes now working on TV and in radio to pass along their expertise.

But if I want to know more about Mike Trout and his wonderful baseball talent, I’m going to have to wait for one of those ESPN retrospectives. Or return to work and go on the road with the Angels with the expressed intent on getting to know why Trout is so incredible.