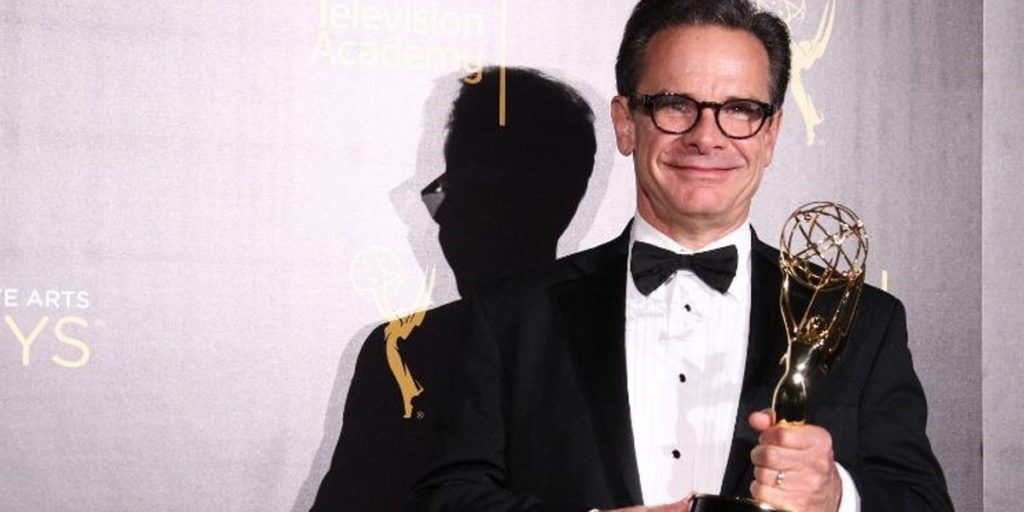 I met Peter in the days of our golden youth, on the playing fields of the Sepulveda Basin where we were teammates on the ‘Ten Guys From Italy’ softball team. I was still an occasionally working actor with a number of failed pilots and series behind me and one spec script written in my peripatetic journey to a career, and Peter was ridiculously successful.

On the diamond, Peter was just a sweetheart of a guy and a great teammate. We bonded over being fleet-footed and scrappy. We couldn’t hit the long ball, but we got on base and we could cover a lot of ground in the field. At least until the day someone collided with me at home plate and I tore three out of the four major ligaments in my leg. It put a major crimp in my dream of playing major league softball, but pretty much cemented the move from acting into writing, where the ability to sit in a chair is a big part of the job qualification, and I could nail that.

Over the years, Peter and I stayed in touch and talked occasionally about how cool it would be to do something together, but it never seemed to work out. Then, a couple years ago I was in New York to do the Murphy Brown reboot and I went to see a show on 42nd that I’d heard great things about. It was called The True, based on a real life triangle between a former mayor of Albany, played by Michael McKean, his advisor and rumored lover, played by Edie Falco, and her husband, played by Peter.  Falco and McKean were fantastic in the central roles, but Peter was heartbreaking and, in a quiet way, heroic, as Edie’s husband, aware of his position in this relationship, but unable to stop loving his wife and his friend. It was an incredibly delicate line to walk and he was wonderful. I waited for him after the show and the first thing he said to me was, “Oh, my God, Peterman! How’s your leg.” We had a quick chat, me raving about the show, and him asking me what I was doing in New York and thrilled for me. And like any actor, volunteering to do a guest shot should one come up.

Miraculously, one did. A great running bit in an episode as a health inspector dealing with Tyne Daly, who now ran Phil’s bar. Tyne is a force of nature, and can steal scenes with a look or a pause, but Peter went toe to toe with her and she was delighted, as was everyone in the cast and crew.  He had a ball, and we got time to sit and talk, and what I will always treasure was not just witnessing his joy in doing what he could do so well, but the openness and depth of the conversations we had. We talked about the kinds of stuff you need to get to a certain age to experience. Not just the triumphs, but the tragedies, the disappointments, and the effort to learn from them and move on.

Peter was, as so many of the reminiscences I’ve read today attest, not only a wonderful actor, but a deeply thoughtful and caring man, and my heart goes out to his family and to everyone else lucky enough to have known him.