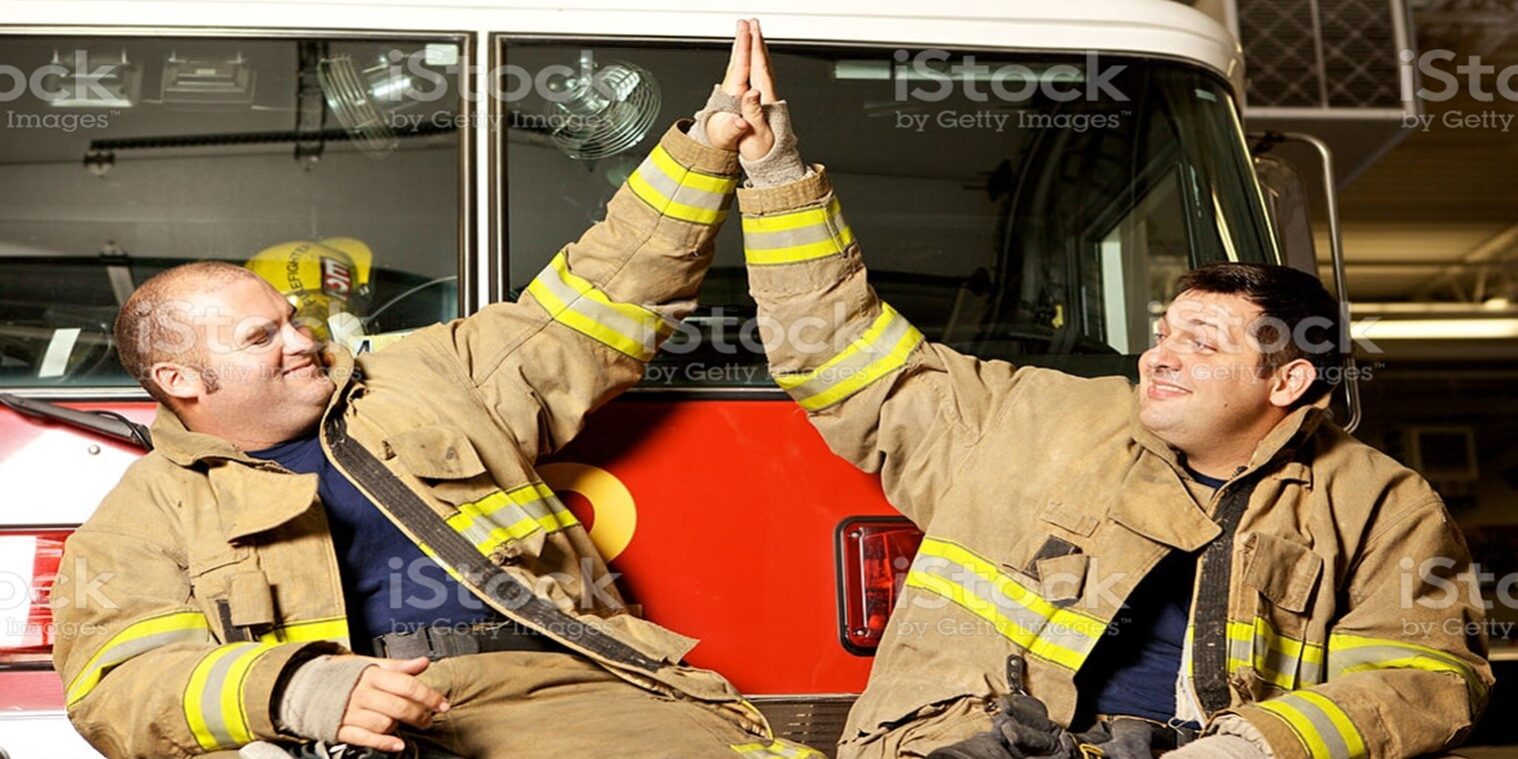 The tubercular character created in 1969s “Midnight Cowboy,” Ratzo Rizzo was as repulsive as he was unforgettable: a hacking, limping, confused miscreant struggling to survive amid a jungle of cement, conmen, and car horns.

In 60-Truck, an FDNY firefighter named Jack Rizzi was well groomed, mannerly, and so honest that you could play craps with him over the phone.  Because these two men were total opposites, the brothers Christened Jack Rizzi, “Ratzo Rizzi.”   The nickname no more suited Jack than “Stinky” would have fitted Brad Pitt, which is why it stuck.  Jack Rizzi was the kind of guy who would get out of the shower to piss, which is all well and good if his profession were chef or designer, but he was a ghetto firefighter working with a bunch of lunatics.  He stood out like a rabbi at a pig roast.  Although misplaced, the other firemen loved him and appreciated him as the perfect target.

FDNY turnout coats feel like horse blankets in July. Sweat pours down our faces, as we roar from one box to another.  I took a slug out of a quart bottle of Canada Dry club soda and offered it to Ratzo, “Here man, you want a belt?”

“No, I never drink out of someone else’s bottle.”

“No. I just never do. I won’t even take a drink from a bottle my wife’s been drinking from.”

Ratzo announced that startling sentence like it was a badge of honor.

“You’ll put your tongue all over your wife’s body, but you won’t take a drink out of her bottle?”

Ratzo was no fool. With every word sinking him deeper in verbal quicksand, he opted for silence.

A hot August day at Lido Beach, Long Island found Joe the Mutt coming back from a welcome dip in the surf.  Joe “the Mutt” earned his nickname by being the most notorious ball breaker on the job. He’d spend hours scheming, plotting, and planning elaborate or mundane pranks. His shenanigans ranged from month long setups involving props and accomplices to something as simple as spoiling a long novel that one of the brothers had been reading for weeks by tearing out the last chapter.

Walking the few hundred yards back to the shaded area where the brothers had the family picnic benches, Mutt spied Ratzo lumbering across the sand loaded down with gear.  Ratzo had a cooler in one hand; two beach chairs in the other, the top of a beach umbrella under his arm, and hanging from the tips of his fingers that held the beach chairs were three stuffed plastic bags.  Ratzo’s two little girls held plastic pails and shovels while his wife sauntered ahead of the three holding nothing but the beach pole’s bottom.

As Mutt watched the poor schmuck impersonate a pack mule, Mutt’s thoughts immediately segued to Kipling’s regimental beastie.  Ratzo was such an easy mark that Mutt felt charitable and decided not to break his balls — yet.

As Mutt got closer, Ratzo incredibly yelled, “Dolores are you okay carrying that beach pole.  Can you handle it?”

Dolores, meanwhile, was strolling 10-feet ahead of him using the beach pole the way English Ladies use walking sticks. No sooner did the incriminating sentence leave his mouth than he turned and spotted the Mutt’s wide grin. Ratzo looked like a child caught with soiled underpants.

As Mutt saddled alongside him Ratzo said, “You think I’m a dope.  Don’t you?”

“You make me ashamed to be a man,” Mutt whispered.

As the day went on, Mutt got more in his cups and continue to bide his time.  He couldn’t wait for the inevitable laugh at Ratzo’s expense and was anxious to embroider the tale for maximum effect and longevity, but timing was everything.

These childish moments made the Mutt’s life worthwhile.

With no women were in earshot, Ratzo joined the circle of men that Mutt was drinking and eating with.

“You didn’t think you were going to slide with that, ‘Dolores, are you all right carrying that pole,’ did you?”’  Mutt asked.

“Not with a blabber mouth like you around,” Ratzo parried.

Now in the tale Mutt told, Ratzo was burdened with more goods than a Bedouin caravan while his oblivious wife skimmed two feet above the sand in front of him like Margot Fonteyn.  Mutt naturally retold the story with an embroidered punch line, “Dolores are you all right with that pole.  Give it to me.  I still have room.  My hands are full, but you can stick it up my ass.”

The embellished, embroidered, exaggeration told to a crowd of beer guzzling partiers, leads to the inevitable chorus of “Mutt, Mutt, Mutt.”  With no respite in sight, Ratzo Rizzi is foiled again.

Ya gotta love the Brothers.

This ‘Don’t Breathe’ Star Doesn’t Waste Breaths
July 26, 2021
Go to Top
We use cookies on our website to give you the most relevant experience by remembering your preferences and repeat visits. By clicking “Accept”, you consent to the use of ALL the cookies.
Do not sell my personal information.
Cookie SettingsAccept
Manage consent