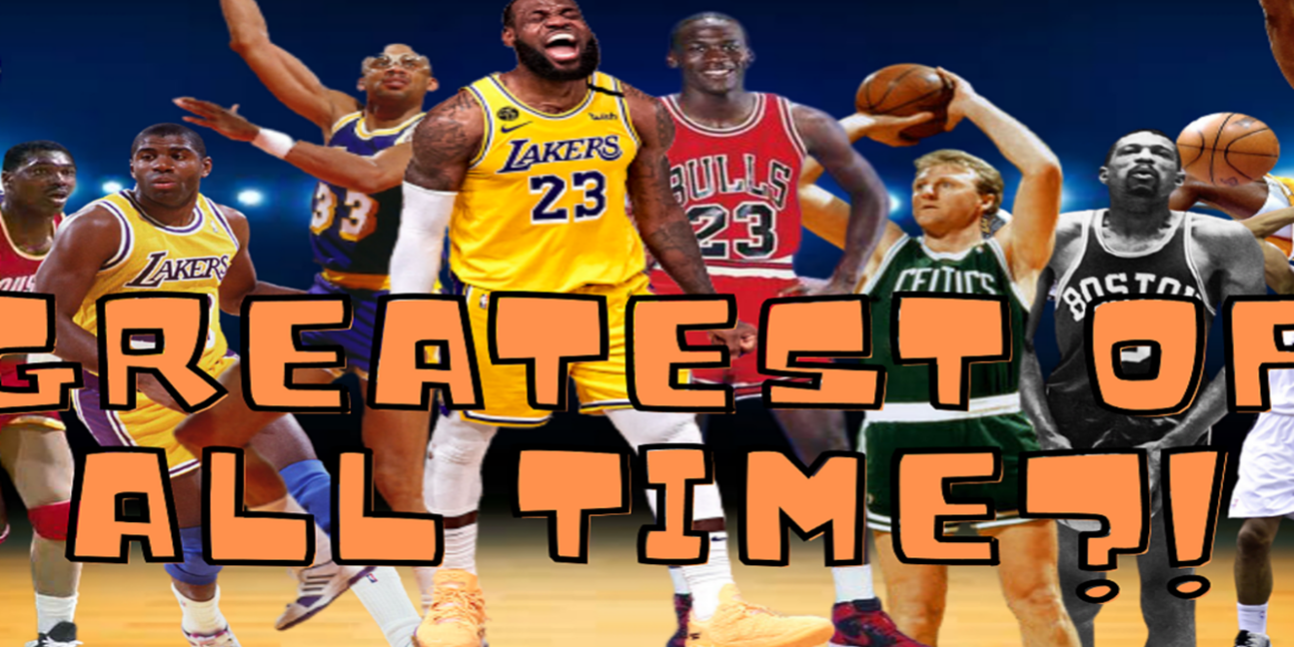 Let me say right off the top…I hate ‘greatest’ lists – especially those offered by writers barely out of school.  Kids ranking basketball greats who have never seen the likes of Bill Russell, Wilt Chamberlain, Oscar Robertson or Jerry West play should be automatically disqualified from a greatest ‘ever’ NBA list.

Recently, I was reading a list by a young writer who is published in a reputable sports website.

I won’t embarrass or promote him by publishing his name, but I will tell you that he’s in his twenties.

As I was scrolling down his list, starting at #10, I checked-out at #8 when the name Bill Russell appeared.  Blasphemy!  However, with my Portage blood boiling, I couldn’t resist to see how dumb this writer actually was about the NBA, so I logged back into the site to read more.

While I’m no NBA expert, I have played a little ball in my day and was a high school head basketball coach.  And while I hate to give away my age, I’ve been following the NBA closely since the days of Red Auerbach and the great Celtics dynasty era of Russell, Bob Cousy, Tommy Heinsohn, Sam and K.C. Jones, John Havlicek, et al.

For those of you unaware, those Celtics’ teams of the late 50s and 60s is considered by many to be the greatest dynasty in the history of team sports.  Today, if a team wins 2 world championships in-a-row it’s considered a great dynasty. Well, try 8 in-a-row and 11 out of 13 years by Red’s Celtics.  Now, that’s a freaking dynasty!

But, I’ll take off my Celtics’ hat and get back to the greatest list…

Again, Russell was #8 on the kids’ idiotic list but, if possible, it gets even worse.  Michael Jordon was not #1!  In addition, the names Chamberlain, West and Oscar are nowhere to be found!

Do I need to proceed?  My blood is boiling again, as I write this blog.

As a huge Russell and Larry Bird fan, even I must admit that the greatest NBA player of all-time is Michael Jordan.  Period.

For the young writer to think that LeBron James is the greatest player ever is embarrassing.  At least wait until all Baby Boomers pass-away before you show your basketball ignorance.  LeBron isn’t even in my top 5.

So, before I go any further, let me show you the young writers list, starting with #10:

At lease he had Bird ahead of Magic.  But, again, do you think he’s ever heard of the name Wilt Chamberlain?  You know…the greatest rebounder in the history of the NBA and the 7th leading scorer of all-time.

I can hear the argument now…the great players of yesteryear, especially the big men, had little competition.  Also, players in general are much better today.  To which I say…FALSE.

Today’s players are, indeed, better athletes.  However, are they better basketball players?  I say NO.  And to think there were no big men in the ‘old days’, I beg to differ.  Along with Russell and Chamberlain, look up the names Nate Thurmond, Walt Bellamy, George Mikan, Bob Pettit, Elvin Hayes, Jerry Lucas, to name a few. There were plenty of big men back in the games’ heyday.

Also, I guarantee, had most of those old stars been born Millennials, they could have played today’s game as well as they did in their day. Their talents would have adapted to today’s game.

So, without further delay, my Top 10 NBA Players ever are:

If you don’t have these names on your list, you’re probably a Millennial at best.