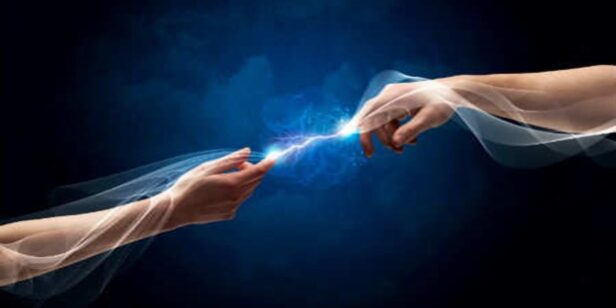 Humans love to say that they’re spontaneous, that they’re adventurous, that they’re impulsive (but in a fun “let’s not make dinner tonight, let’s go out” way, not an “I just put $60k on the Knicks to cover” way). But, guess what… that’s bullshit! Humans love predictability. Humans love discernable patterns. Humans love cause and effect that can be easily understood. All of this is why humans, now (and Will in particular) and throughout history (I assume) hate static shocks!

I live in an apartment (that I have talked about many times in many different contexts) with wood floors. I live with a girlfriend who works very hard to keep the humidity in said apartment in the habitable zone for both humans and plants. For the past few weeks, however, I’ve been housesitting in a place with tons of carpeting (and a humidifier I don’t know how to use), during a particularly dry and windy period. Due to these factors, I have stood up from the couch and touched many doorknobs, electronics, light switches, faucets, and one poor dog’s nose, only to be violently and brutally blasted by static electricity.

And that’s the thing about static electricity, even when you know it’s coming, even when you know that walking across the carpet in your socks has charged you up like the fucking Energizer Bunny, it’s still (excuse my pun but there’s never been a better time for it) SHOCKING to get zapped.

Now I’m no science expert (in fact my high school grades would rightly show my understanding of science to be somewhere in the dunce-to-yokel range), but despite every teacher’s warning, Wikipedia has taught me the truth: static electricity is “is an imbalance of electric charges within or on the surface of a material or between materials. The charge remains until it is able to move away by means of an electric current or electrical discharge.” And while Wikipedia can give you the cold hard scientific truth, I can give you the comedic side (hopefully, fingers crossed).

After one particularly large static shock, I began to wonder: what must it have been, like when early humans experienced their first static shocks. Imagine a world where the earth is the center of the universe, where earthquakes and storms are caused by wrathful gods, where the world is flat…oh shoot, some people still believe that one, let me find another…where blood sacrifices are the only thing that will ensure a bountiful harvest. And then you’re walking through the wheat fields on a particularly dry day, you see your friend Justinicus, you walk over to them and as you reach out to embrace them, a tiny bolt of lightning arcs from your finger to theirs, delivering with it, a small jolt of pain.

Are you a god amongst men? A child of Zeus born of thunder and created to toss lightning bolts at the wicked (or maybe just Justinicus who made fun of you in front of your crush for having last year’s model of toga)? These are the weird and completely pointless things that keep me up at night. And also, I feel terrible every time I pet this sweet dog and give it a little shock.

This has been yet another tiny annoyance that has completely taken over my brain… so, do you have any of those, and would you care to share them with me so I feel less insane?

On Current Events in the Ukraine
March 2, 2022
Blog & News Posts
Blog & News Category
Go to Top
We use cookies on our website to give you the most relevant experience by remembering your preferences and repeat visits. By clicking “Accept”, you consent to the use of ALL the cookies.
Do not sell my personal information.
Cookie SettingsAccept
Manage consent