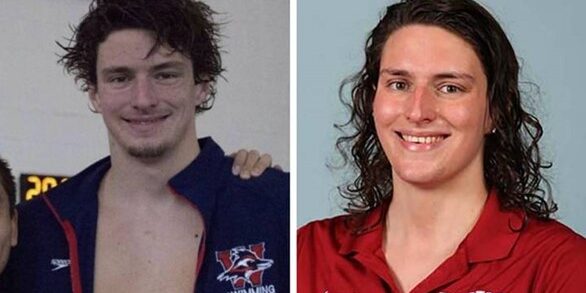 Let me be clear, if you’re an adult and not hurting children or a member of my family, I couldn’t care less what you wear or who you bed.  An adult in America is free to make their own life choices, as long as it’s within the law of the land or the rules of the game. If you’re not an adult, then those choices and decisions belong to your parents….not teachers, politicians, or corporate executives.

Let’s also be clear regarding playing sports…there’s one major rule: If you were born with a penis, you must play MEN’S sports. Biological men should not be allowed to play in women’s sports. Period. There are basic physical attributes of a man that makes it unfair for them to compete against women.

Don’t get me wrong, there are some female athletes who can, indeed, complete with men in sports. However, when you’re talking about elite athletes playing against each other, fairness is critical for competition – and it’s not fair to force a women to compete against a man.

Passed in 1972, Title IX banned discrimination in higher education. The law stated that colleges could not exclude women from any activity — including sports. Suddenly, colleges that only offered men’s teams found themselves out of compliance. Title IX increased access to women’s sports at the collegiate level.

Born William Thomas, he was originally a member of the UPenn men’s swim team for three years, prior to his transitional process to a women, which can take anywhere from multiple months to years.  He/she has since gone on to shatter multiple women’s swimming records, while crushing all female competition. Appalling!

Again, being a transgender is his/her business. I couldn’t care less. Thomas was an adult when the process was decided upon. I wish her good luck with her new life. However, Lia still has male attributes, which makes it unfair to all those young women who have worked so hard to compete against other women in a sport they love.

Personally, I get much enjoyment watching my great niece play sports. To think of her working hard in the coming years enhancing her skills and competing, only to be deprived of her ultimate, potential accomplishments by biological men would not only be heartbreaking … it would be infuriating!

And for those who like to throw around the words homophobic and transphobic… go stick it!

Again, this has nothing to do with who or what one wants to be. It’s about fairness and protecting a women’s right to compete in sports against other biological women.

Participating in sports at a high level takes much hard work – and it’s a crime to neglect that work only to appease the ‘woke’ crowd.

Shame on the NCAA for allowing biological men to complete against women. This is just another prime example of America gone amuck!