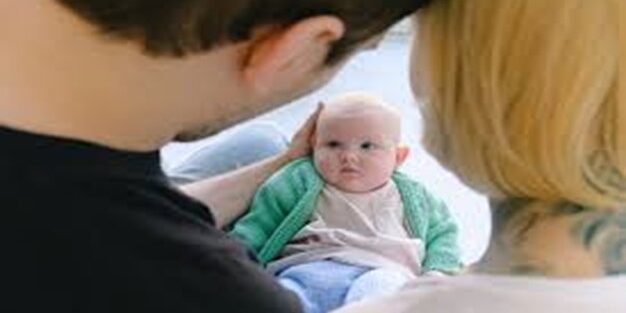 I’m an only child. That should be obvious. I’ve created a blog spanning a year-plus where all I do is write about things I think (classic “only child center of the universe” stuff right there).

As a child, I didn’t have to share my toys or my parent’s attention…that part was pretty rad. I also spent a lot of time alone and when something would break or go missing, I had no siblings to blame it on…that part, not so rad. Clearly, being an only child has its pros and cons. One downside that I never considered, until recently, is I’ve basically never spent any time around babies…and man, it takes some getting used to!

So, not only am I an only child, I’m the youngest person in my family within 300 miles. That meant that I pretty much never interacted in a meaningful way, with anyone younger than me. Sure, sometimes a friend’s younger sibling would come in and scream at them that “MOM SAYS IT’S MY TURN TO WATCH TV,” but, this was more of a passing curiosity than anything else, like watching the tigers at the zoo… but with more Disney Channel.

Recently, I got to spend a weekend in Mammoth, hanging out with a couple of friends and their baby. Needless to say, I was nervous. What do babies like to talk about, Teletubbies? Organic foods vs. GMOs? NFTs? (Spoiler alert: babies love monkeys but often times have no money so they love the look and concept of NFTs, but lack the liquidity to actualize on that love). The first time I met this baby, let’s call him Bubba for fun (meeting a baby named Bubba would make my day), I walked into the room, the baby looked at my face and immediately burst into tears. Good start.

After spending a few hours with the baby, I learned to treat him like a cat. The more I played hard to get, the more Bubba was interested in showing me his tiny little books and pretend kitchen tools. Eventually he even offered me one of the fake cookies he pretended to bake. I felt like the prom queen when those chubby little hands proffered me that painted wooden dessert. I thought to myself, dang, maybe kids are kinda cool.

Then he pooped his pants, went to sleep at 7pm, woke up at like 6am, and proceeded to smear every single foodstuff placed in front of him all over his lil face. It was like living with my college roommates all over again.

While this was a great experience, dipping my toes into the world of hanging out with a baby, I can confidently say that I am still much too invested in sleeping in and periodically being a baby myself to take care of another human being in the near future.

Category: Inside Will's Brain - By Will PetermanFebruary 16, 2022