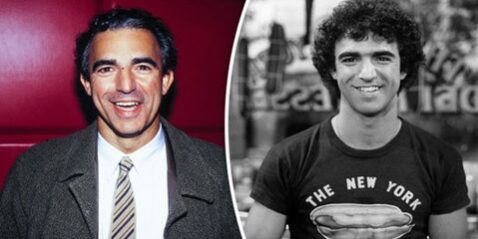 With songwriter J.T. Harding the special guest this week on the podcast, A Mick A Mook and A Mic, I couldn’t help but think about bygone times. So bear with me, as I take a hiatus from my sports blog and reminisce.

The episode with J.T. is one in which I’ve looked forward to ever since I learned he would be a guest of Mick and Mook. However, I fear it may also be an interview that saddens me. You see, J.T.’s birth father was a dear friend of mine. He was the Emmy Award-winning actor, comedian and radio personality, Jay Thomas.

I first met Jay (his real name was Jon Thomas Terrell) in 1970 at Jacksonville University in Florida. Jay had transferred to Jacksonville and was a member of my graduating class in 1972. Our friendship developed quickly, as we became fraternity brothers and played together on our fraternity football team. We also lived in the same apartment complex during our senior year.

Jay was not only the funniest person I’ve ever met in my life, he was also one of the most loyal of friends. After college, we remained good friends until he passed-away from cancer in 2017.

To me, losing Jay was like losing a family member. I was crushed.

Jay’s incredibly successful career began in radio. While attending Jacksonville University, he had his own show on a local radio station. Post-graduation, he landed a job in Charlotte and became THE shock-jock of the south, before landing a job in New York City at 99x – where he became a national radio celebrity sitting atop the charts.

In the mid-70s, I lived in the Boston area and visited Jay often in NYC. We frequently patronize one of New York’s famous restaurant landmarks, The Palm, where Jay’s caricature draped the walls of The Palm along with many other famous stars. Jay was one of The Palm’s favorite patrons.

From New York City, Jay moved on to Los Angeles where he became the ‘king’ of morning radio on Power 106.

Jay’s acting career took off in 1979, when he landed the role of Remo DaVinci on the highly rated TV Show, Mork & Mindy, featuring Robin Williams. One of my favorite days with Jay was driving him to his first ‘read’ for the part of Remo. I remember our ride back to his home after his audition… Jay was ecstatic, as he felt it went very well.  Needless to say, Jay landed the roll in season two and co-starred as Remo for two years. I was lucky to be on set for a couple of those shows.

In the 80s and 90s, Jay would appear on several popular TV shows, including the recurring role of Eddie LeBec, a Boston Bruins goalie on the downside of his career, on Cheers. He later became the lead character on Love & War, playing newspaper columnist Jack Stein. In another memorable role for Jay, he was as a repeat guest playing Jerry Gold, a talk-show host who becomes both an antagonist and love interest of the title character, Candice Bergen, on Murphy Brown. Jay won the Primetime Emmy Award for Outstanding Guest Actor in a Comedy Series for portraying Gold.

I fondly remember those decades with Jay, and the fact that he never let becoming a star ruin his old friendships. To Jay, we were always just frat brothers from college….even after he became very famous.

Having lived in LA during the mid-to-late 70s and in San Diego during most of the 1980s, I would visit Jay often at his Hollywood Hills and, later, Santa Barbara home.  During those years, there were memorable New Year’s Eve parties, plus numerous LA nights. I was always amazed how Jay could ‘turn it on’ when he was out on the town. When alone, he was just Jay – my frat brother. However, when out and about, Jay would go into character. That’s who his fans wanted to see – and he never let them down. He was hilarious every time we went out. But, I remember the drives home after those amazing nights…Jay would be exhausted. I don’t know how he did it.

One of Jay’s most enduring legacies was his annual guest appearance on The Late Show with David Letterman during the Christmas season. It was 1998 – the first year Jay told Letterman and his audience the hysterical story about meeting The Lone Ranger, actor Clayton Moore, at a car dealership back in his early disc jockey days in Charlotte. Later in the broadcast, Letterman and Jets quarterback Vinny Testaverde attempted to knock a giant meatball off the top of a Christmas tree by throwing footballs at it. When they kept missing, Jay ran back onto the stage, grabbed a football himself, and got the meatball in a single throw. It was one of the best talk-show appearances of all-time and became a Letterman Christmas tradition every year, thereafter, through 2014.

I smile and well-up just thinking about Jay and those memorable David Letterman appearances.

However, one of my favorite times with Jay came in the late 90’s. I owned a flavored syrup company, MilkMate, which was mostly used as a milk amplifier.  While the syrup was enjoyed by all age groups, our target market was kids. To reach the kids market, the strategy was to develop an athletic, all-knowing, intelligent bovine character, who was to be called ‘Mr. Mo’.  The hope was to develop a deal with Radio Disney to create the Mr. Mo Knows Show for morning and afternoon school drive times.  The concept was for the radio show to be an educational program for the kids.

While Radio Disney showed some interest, it was Jay who helped me close the deal with Disney at their Burbank corporate offices. You see, Jay was going to be the ‘voice’ of MilkMate’s Mr. Mo.  For the meeting with Disney, Jay even cut a short character intro tape for our meeting. Disney loved Jay and the idea so much, they actually helped designed the Mr. Mo costume, which would be used across the country at Radio Disney in-field promotions.

My dream of Mr. Mo was coming to fruition mainly because of the credibility of Jay and his talent. The long-term plan was to later sell the syrup company and focus on developing the character with Jay and Disney, including a kids TV show. Sadly, an issue developed with my company partner, which defused the entire concept.

But it was my friendship with Jay and his great talent that even made the dream a possibility. Our days together discussing the concept and developing the ‘voice’ was a time that I’ll never forget.

Many other stories with Jay are far too personal for this blog. However, it was important for me to share a few and reminisce in preparation for his son’s visit with Mick and Mook on their podcast.

Undoubtedly, a special talent. However, more importantly, Jay Thomas was a special person.

While Jay is no longer with us, physically, he will always be with me in my heart.