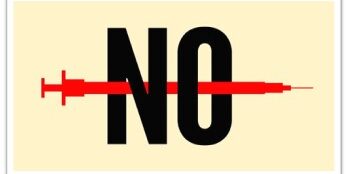 (Counterpoint to DA MICK BLOG – Is This Microphone Ever Turned On?)

Most would view this as contrarian. But is it, though? The nuance of this statement by Oscar Wilde mustn’t be ignored. One aspect of this nuance is asking the question – Why is this popular, and should it be?

Another question… Should we investigate? This is America. Oh, but we’re so busy. We’ve got Netflix to watch and so much chilling to do. Americans have gotten themselves into such a chilled state that we have stopped being the very essence of American (secure the Blessings of Liberty to ourselves and our Posterity). Plain and simple. Secure Freedom and deliver it to our future countrymen and countrywomen ever more perfectly.

But yet we are being told en masse at a roaring pitch: do your part to stop the spread, don’t be a Trump supporter and take your unapproved medicine. I want to first clear this up and say I am not a Trump supporter. But that doesn’t mean I support Biden either or any of these proclaimed, leaders of the free world, Presidents. None of these guys, NONE, give two flying Frisbees about the people they proclaim to be protecting/helping. A simple check into the history of their ACTIONS speaks to their “support” of the people. Biden’s history with banks and credit cards. Trump’s history with not paying people for work on his projects, just to name a couple to provide context. Anyway back to Liberty. Dictionary definition of Liberty for those who forgot: the state of being free within society from oppressive restrictions imposed by authority on one’s way of life, behavior, or political views. Vaccine Passports anyone?

The response to this is usually hospitals are full and people are dying. And my response would be: The third leading cause of death in America is Doctor error accounting for deaths between 250,000 and 440,000 deaths per year. Should we vaccinate against Doctors? When did the pharmaceutical industry become so benevolent?

Pfizer – Biggest fine in U.S. history $2.3 Billion plea deal with federal prosecutors for miss-promoting medicines. $430 Million in 2004 criminal charges. $142 Million for committing racketeering in 2011. $75 Million sued by the federal court for using Nigerian children as guinea pigs without parents’ consent. There are so many others.
Now I am no lawyer nor am I a legal expert but federal prosecutors, criminal charges, racketeering and using children (yes children) as guinea pigs seems to me like we are dealing with criminals. And when criminals commit crimes and are found guilty they should go to jail. If Tony Soprano was found guilty by the federal prosecutors on criminal charges of racketeering while using children as guinea pigs in a “business operation” I think he would go to jail. Bad example but I think you get the point. This company has been found guilty on many occasions of hurting and even killing people, but now they want to help people. Hmm…

Fool me once… Fool me…. Well you know the rest. If not, let President George Bush fill you in…. https://www.youtube.com/watch?v=rQ6N-sb7SVQ.

Ah our omnipotent leaders. Why wouldn’t we follow their every whim?

J&J been named in over 100,000 lawsuits. Just check out their wonderful baby powder (that’s right baby) lawsuit. $4.69 Billion awarded to 22 women. Why? Asbestos in baby powder. Let’s get them to make something a little more complicated. How about vaccines? They seem trust worthy enough. There are other lawsuits and even more cover-ups.

Pfizer:
Expected SALES 2021 (Let the word “Sales” echo in your head a bit.)…$15 Billion – $30 Billion sales projection beginning of 2021. Second quarter: forecast raised to 33.5 Billion. Half of that goes to Pfizer’s Partner BioNTech (German Company). Hmm…curious.  And they are considering raising prices. Benevolence at its best. Lifesaving is their business. Also their Blood clot drug eliquis (+13%) and cardiomyopathy drug vyndaquel (+77%) increased in sales too. I wonder why that is?

Johnson and Johnson claims they will vaccinate for free until the end of the Pandemic (How benevolent).

I don’t want to get into the weeds of effectiveness of the vaccines because the comparative data worldwide is already starting to look aberrant.

People that are complaining about taking vaccines are not saying that they want people to die or that they don’t care about people. What they are saying is that something is off. There’s a frenetic resonance of totalitarianism in the message and it’s skewing the American spirit of freedom of choice, freedom of speech and a right to have visibility inside the authority’s actions. Free McDonald’s and lottery tickets for vaccination hits the wrong vibrational note, it’s off pitch. This goes against the American Tradition of offering an opposing point of view. It’s just plain weird and furthermore primitive in a childlike sense.

Covid-19 deaths should not be mentioned with any tone of disrespect. People lost their lives and it’s very sad. Those people will never be seen again. Voices never heard. This is not a disease like those of America’s early past. There is considerable evidence to support that this virus is not of natural origin. This is not a matter that should be left to criminals to solve. Fauci funded a company that funded ‘gain of function’ research in China. He says he didn’t, but if you do a simple couple of searches, outside of Google (oh yea your internet is now censored), you’ll find different “truths”.

People site major media outlets CNN, Fox News, MSNBC, and others as the go to places for facts. Well, where are the questions about Fauci involvement with the Wuhan lab and his redacted emails?  Where are the news stories on the suppression of other methods of treatment? Where are the perpetual news stories on how to strengthen your immune system – on the use of vitamins, healthy food and exercise?  Wait, there’s no time for exercise and healthy eating, but I’ve got a Netflix series to binge-watch while eating chips and drinking soda. (*Warning this may make you gain weight. This inactivity could cause diabetes and other ailments.)

Here’s another fact rarely mentioned in the “news”. The vast majority of people dying from Covid-19 have 2.6 co-morbidities and are above 75 years old, worldwide. But I think it’s ok that a company found guilty of experimenting on kids is the perfect choice to administer vaccines to all, kids included.

Category: 'The Mic' by Derrec HarrisAugust 10, 2021
Blog & News Posts
Blog & News Category
Go to Top
We use cookies on our website to give you the most relevant experience by remembering your preferences and repeat visits. By clicking “Accept”, you consent to the use of ALL the cookies.
Do not sell my personal information.
Cookie SettingsAccept
Manage consent