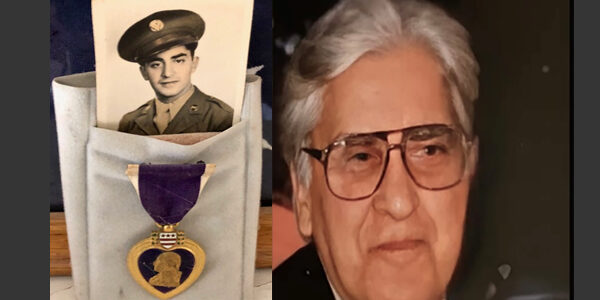 With Father’s Day upon us, I’d like to take a break from sports and write about my Dad…a real life hero.

Many children look to their fathers as their hero…and rightfully so.  If you were lucky enough to have a Dad that gave you reason to think of him in that manner, be thankful. I hope you cherished him and continue to do so to this day, whether he’s still physically with you, or just in spirit.

My Dad was indeed my hero. He passed-away nearly 24-years ago, but I still talk to him every day. He lives within me.

A first generation American, my Dad loved his family dearly – and gave all he could to my mother, brother and me – and later to his grandchildren.

For most of his life, he worked two jobs and was very active in the community. He owned a small restaurant, an indoor movie theater, managed the local drive-in theater, and was a police officer and a volunteer firefighter. He also served on the town’s finance and school committees.  And while doing all this, he was always there for his family.

However, when I say my dad was a hero, I don’t just mean that figuratively. He was indeed a true American hero.

As a member of the ‘Greatest Generation’, a generational name very befitting, he enlisted in the Army in 1942, to fight for his country in WWII.  He was 18 years-old.

On the historical day of June 6, 1944, he participated in the Normandy Invasion. He was one of 13,100 American paratroopers who were dropped into France several hours before the troops stormed the beaches.

Like most military people who participate in war, my Dad never spoke of his experiences during that dangerous, selfless time.  I learned of his heroism from my uncle.

As the story goes, my Dad and his Army ‘brothers’ were in foxholes preparing to overtake a small French town being occupied by Germans.  A tank had been firing on them, then suddenly stopped.  After a few minutes of quiet, my Dad was ordered to look out of the hole to locate the tank.  As soon as he did, the tank fired.  Had the tank’s gun barrel been inches higher, it would have blown off his head.  Instead, the shot exploded a number of feet in front of him, causing him multiple injuries and loss of his eyesight.  Fortunately, he would later regained eyesight in one eye. The other became a glass eye.

As I was told of this terrifying experience, I also learned that my Dad’s plight after being hit was equally scary.

When Dad regained consciousness, he couldn’t see and found himself tied down to a cot. He was being transferred to an area where medics cared for the wounded. My uncle explained that Dad remembered being taken to the back lines, which was an open field where helicopters were available to take away the seriously injured.  He then remembered hearing bombs dropping. Then, suddenly, his cot was dropped to the ground. He assumed his fellow soldiers were taking cover from the bombing in the open field.

So, there my Dad laid…blind, tied to a cot, and listening to bombs dropping all around him. I tear-up every time I think of him in that situation.

Eventually, Dad again passed out – later to awaken in a hospital in England. He remained blind for days until, fortunately, he regained site in his left eye.

My Dad was one of the fortunate heroes during that time…he returned home to America.

Within a year, he married my Mom and began his new life. However, even into the late 1950s, I remember hearing my Dad moaning in pain at night from the shrapnel that remained in his body. That pain finally subsided years later, but I know his painful memories remained with him for life.

But my Dad’s heroism doesn’t end there.

As mentioned, one of his many community contributions was as a police officer. And while there were a number of stories about protecting the community, one stood out as another act of real heroism.

One fateful day, my Dad was home for lunch when the fire alarm went off.  As he ran to his police car, it was learned that the fire was at the elementary school just up the street from our home. My Dad was the first to arrive at the scene, where flames were shooting out of a first floor window. Teachers and their young students were all out of the school….or so they thought.

Suddenly, a teacher screamed that one child was missing. My Dad quickly ran into the school. As he entered the burning classroom, he heard a young girl’s voice screaming from the closet.  When he opened the closet door, he saw the little girl with her head on fire.  He quickly wrapped her in a coat to put out the flames and ran out of the school with her in his arms.

Luckily, the ambulance was there – and while her face would be forever scarred, my Dad saved that little girl’s life.

Over the years and until this day, whenever that little girl, now a grown women, sees my brother or me, tears come to her eyes, as she thanks us for my Dad saving her life.

Like many young boys, my father was my personal hero. But he was more than that…

My Dad was a real life hero.