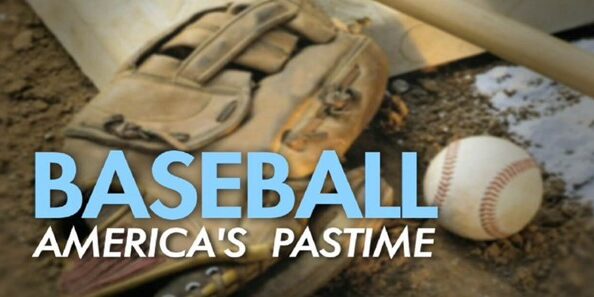 Make no mistake, baseball is America’s pastime.  As the Baseball Hall of Fame & Museum often says, “Baseball is sewn into the fabric of America.”

The word pastime has multiple meanings. To me, it’s a manner in which to pass time.

Unlike the fast-paced Millennial and Gen-Z generations, former generations lived a slower, more in-the-moment lifestyle – and viewed baseball as a means of gathering with family and friends to enjoy watching the ‘boys of summer’ play ball. We lived through the dog days of summer looking forward to that day’s baseball game.

But times have changed.

Established in 1871, baseball is America’s first professional sports league.  And while it is no longer considered the number one sport in the country (that title goes to the NFL), Major League Baseball still sells, by far, more game tickets, annually, than any sport.

So, despite no longer being number-one, baseball will always have a loyal following…..or will it?

I’ve been a huge fan of baseball for more years than I want to admit. I was six years-old when I first visited historic Fenway Park in Boston.  I played a lot of ball as a young man and at one time in my life, I actually thought I had a shot at playing in the big leagues. So, a few years ago, when people started complaining that the game was too slow, I pooh-poohed them and suggested they go watch another sport.

Baseball is a cerebral game. It’s more than just watching a pitcher pitch or a batter hit. There are many nuances in the game, which an occasional fan might not comprehend.  Knowing that, and understanding the new, fast-paced world in which we live, I knew baseball would be losing some of the game’s younger fans.

The past few years, when I settled-in to watch my beloved Rod Sox, I, too, found myself easily distracted and flipping channels.  No longer could I sit in front of my television for nine inning to watch a game.  Hell, I’d catch myself having a hard time getting through one inning without my mind wandering.

Suddenly, I realized that all the issues I’ve had with baseball for the past decade were beginning to affect my love of the game. I had suddenly joined the ranks of Millennials and realized that baseball was becoming somewhat boring for me, too.  Oh, my!

As I gathered my thoughts and wondered why this was happening to me, it all came back to my initial concern about the game a few years ago when these damn shifts started to be implemented for almost every hitter.  While baseball needs a number of changes, which I’ll get into in future blogs…

…shifts are the root cause of the game’s potential downfall.

When people talk about too many strikeouts in the game and not enough action – and that it’s either a homerun or a ‘K’, it all stems from the shifts.

Why so many strikeouts?  Because everyone now has an upper cut.  Hence, throw a high fastball at 95 mph and it’s often a swing and a miss.

And why all these uppercuts, you ask?   Because when a team has five players situated where a hitter would naturally place the ball with a level swing, it goes for an out.  Thus, they teach an uppercut to hit over the shift and the results, in most cases, are strikeouts, fly-outs, or homeruns.

So hit ‘em where they ain’t, you say.  Or as a good friend of mine often says; “Players should just hit the ball to the opposite field.”  To which I would respond; “Not everyone is Rod Carew!”  It’s hard enough to hit the damn ball, never mind placing it wherever you want.  Only a chosen few can do that – even in the pros.

So what’s the answer?  It’s quite simple, and I’m told that it’s finally being discussed by those who can actually make changes to the game.

For years, I’ve been saying MLB needs to have defensive rules ala every other professional league.  Why is it other pro leagues understand that fans want offense and more action, while MLB executives sit in their New York offices trying to save the ‘integrity’ of the game, while their fans begin to disappear?

The NFL is the prime example of making defensive rules to provide more offense. And while some of those rules may suck, overall, they’ve helped drive the sport to its #1 status.  Also, the NBA has always had defensive rules to allow for better offensive flow – and the NHL has recently bent over backwards with tighter rules to protect the flow of their game, too.

Baseball’s answer is to allow only two infielders and two outfielders between the bags. No more stacking players between the bases.  Maybe then players will ditch the uppercut and get back to a swing more suitable for putting the ball in play – and, thus, create more, much-needed action.

So, it’s time for Major League Baseball to wake up, or they’ll not only be losing Millennials and Gen-Z kids … but loyal, old farts like me, too!