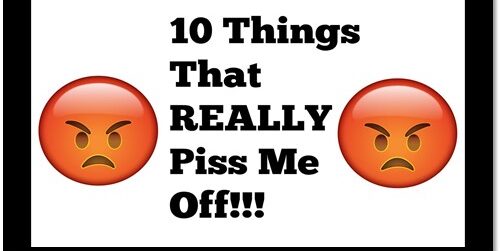 A warning to the younger people who read this blog…when you reach a certain age, some things in life become intolerable, which includes watching insufferable sports professionals.

Also, get ready for some old-man ‘back in my day’ comments.  However, my life is all I have to compare happenings over the years – and trust me, there have been plenty of years to analyze.  I promise, you’ll be there one day, too, if you’re not already.

To better understand my reason for using this blog to vent…I live alone. Therefore, you’re the ears that I don’t have at home.  Don’t get me wrong, living alone can have its advantages, but spewing frustrations to oneself isn’t one of them.  Having other ears to listen helps me get relief from the things that piss me off!

By the way, speaking of ears, I would often tell my salespeople; “We have two ears and one mouth so that you can listen twice as much as you speak!”  (Credit to Epictetus, the Greek philosopher.)  But, I digress….

Back in my day…players got there asses back on ‘D’ after making a shot.

Back in my day…after scoring a TD, players humbly gave the ball to the referee and went to the sideline to be congratulated by teammates.

Back in my day…if you wanted to watch your failure, you’d get your ass back to the dugout or locker-room and hope someone caught in on tape.

Back in my day…players kept their big-mouth shut and the team captain spoke to the referee like a professional.

Back in my day…there were no freaking, aggravating replays.

Back in my day…we didn’t talk politics in the workplace, especially when we knew it would aggravate half of the people in the office.

Back in my day…the big men set up on the low or high post, and we moved the ball in and out. By-the-way, we had no 3-point line!

Back in my day…when all sports were physical, players expected it to be difficult playing professional sports.

Back in my day…unless hurt, athletes wanted to play every game and coaches expected them to do so.

Back in my day…NBA officials pissed me off then, too!

I could go on and on, but I’m guessing you get the point.

Between whiny athletes and the ‘PC’ world in which we live, life as we knew it no longer exists.  Gone are the days of bad-asses like Dick Butkus, Marvin Barnes, Gordie Howe, Bob Gibson, et al.

Who are these guys, some of you ask?  Look ‘em up…they’re some of the toughest SOBs who ever played professional sports.

You know…back in my day!