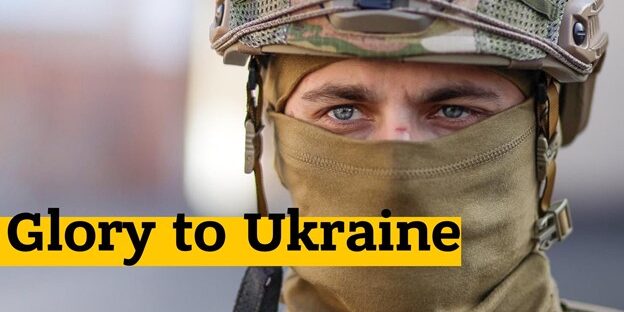 On January 6, 2021, a violent mob of insurrectionists attacked the US capitol. It was a harrowing, disgusting few hours, but by that evening it was just that, a few hours. The mob was quelled, the capitol secured, and by the next week when it was time to write another essay, so much had been written about it that I decided to write about going on dumb little jogs for my dumb mental health. Since that day, there’s been relative calm as far as earth shattering events go (at least as a US resident). That all changed last week.

I got my college degree in history. I probably shouldn’t have because look where it’s gotten me, but I did. Because of that piece of paper that said my parents wasted a ton of money so I could write papers about video game characters and historic toxic masculinity (“Playing Yesterday, Today: Historical Conceptions of Manhood, as seen in Video Games” W. Peterman, 2014)

I’ve been asked, more than a few times, “what the heck is going on in Ukraine?” and “what’s going to happen?” Due to the fact that I spent four years studying historic conflicts from pre-Columbian to Cold War, and lived in Europe for a semester, I feel I am uniquely qualified to answer those questions with a resounding, “I have no idea, and I am fucking stressed out about the entire thing.”

The important thing to know is that Russia has invaded the sovereign nation of Ukraine, and it’s not going super well. This near full-scale invasion has confounded politicians, military experts, and talking heads around the world because it seems as though Putin is willingly walking Russia into a quagmire not unlike the US’s Iraq war. Obviously, this is horrible and terrifying and life changing for the people of Ukraine, but for you, my dear reader who is almost certainly living in the United States, what is most stressful is the question of what comes next.

None of the possible answers are good, but when it comes to military conflicts there is never a good answer, only less bad and worse. Russia could stop in Ukraine, install a friendly government and go home, leaving us with another Belarus. Russia could attempt to fully annex Ukraine in an attempt to start getting the old USSR band back together, but stop there. Russia could continue on from there into other non-NATO former Soviet states, or (and this is the scariest one) could try to move into Poland or another NATO member state, triggering a full-scale war of global super powers due to Article 5 of the NATO treaty which states that an attack against one member is an attack against all members. Nobody wants that. The worst part about right now is that there isn’t really anything any one of us can do. This harkens back to the Cold War era anxiety as millennials heard so much about, what with the proxy wars and duck and cover drills (because a wooden desk will absolutely protect you from a nuclear attack what with all the lacquer on it).

This hasn’t been my most uplifting essay, nor has it been my funniest. If anything, it’s been my most depressing and least funny. So, I guess I can just give you a few pieces of advice as penance for that: go outside. Take a walk and enjoy the weather, whatever it’s like where you live. The news will be there when you get back. Follow current events, but only as much as your mental health allows. Some days you can read all the articles and watch all the interviews. Some days you can just get the top line info and that’s okay. Things might get worse but eventually, if good people keep trying their best, things will get better.

Category: Inside Will's Brain - By Will PetermanMarch 2, 2022