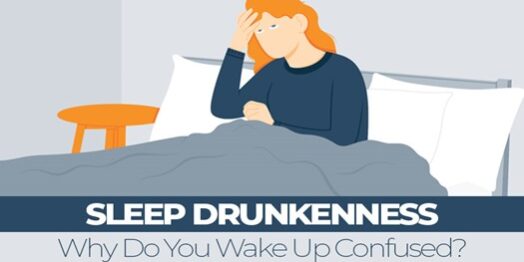 My eyes flutter open. The room has an odd orange tint to it. I’m covered in a thin sheen of sweat and my body feels like it weighs a metric ton. My brain tries to put thoughts together, but it’s like watching a toddler trying to catch bubbles: futile, hilarious, and a bit sad. Every time I try to rouse my body into motion, fatigue smothers me like a weighted blanket. I know if I can just grab my phone off the nightstand, I can end this struggle…but I just can’t, and my eyes slowly close. It’s 2pm and I am trapped in the siren’s song of… (dun dun dunnnn) The Afternoon Nap.

They say that youth is wasted on the young. As a youth I simply dismissed this as typical Boomer Talk. As a washed-up old man, I completely agree, and so the cycle begins again. There are those things, those precious things, that are truly wasted on the young: the opportunity to spend all day learning with no other responsibilities, the ability to run and jump and trip and fall all without completely destroying your body, and most relevantly: required naps.

As a kid, everybody hates naps. There’s so much other stuff you want to do. There’re cartoons to watch and sugary cereal to eat and adventures to go on and trouble to get into, and on and on and on. As an adult, there’s only one thing I really ever want, and that is five more minutes of sleep. (And I know, as someone without a child, this feeling only gets worse once you become a parent.)

It doesn’t seem to matter if I stick to a sleep schedule and get a full six to eight hours, or if I spend the night tumbling down the YouTube algorithm’s endless black hole and get a mere hour or two of sleep, I always want to take a nap. But, naps aren’t all rest and rejuvenation in my experience. They seem more akin to pop-culture’s depictions of hard drug addiction. No matter how much sleep you get, you just fiend for more and more and when you finally come out of that napping K-hole, you’re a sweaty, confused, shell of a human.

I’ve read stories online about how to take the perfect nap. From a strict thirty-minute limit to that weird trick where you’re supposed to fall asleep holding your keys and when you finally fall asleep and relax you drop the keys and that’s supposed to wake you up? Maybe that one is just something I came up with in a strange nap-dream because reading what I just typed, it seems insane.

Other countries shut down for an hour or so in the afternoon so people can grab a siesta and while that seems like a perfect paradise, I’m just imagining waking up from a hot and heavy nap only to have to go back to doing brain surgery or driving a race car or really anything that requires concentration. I just know I’d be garbage at any job right after a nap…hell, I’m writing this essay right after a nap and it feels like mostly gibberish!

But maybe that’s just me! What about you, have you mastered the mid-day nap or does it leave you feeling like you’re waking up in the middle of a Christopher Nolan movie?

Category: Inside Will's Brain - By Will PetermanNovember 29, 2021

On Getting the Gang Back Together
January 5, 2022

ON CHATTING WITH GRANDMA
October 5, 2021

On the Pocket Pad
August 25, 2021
Blog & News Posts
Blog & News Category
Go to Top
We use cookies on our website to give you the most relevant experience by remembering your preferences and repeat visits. By clicking “Accept”, you consent to the use of ALL the cookies.
Do not sell my personal information.
Cookie SettingsAccept
Manage consent