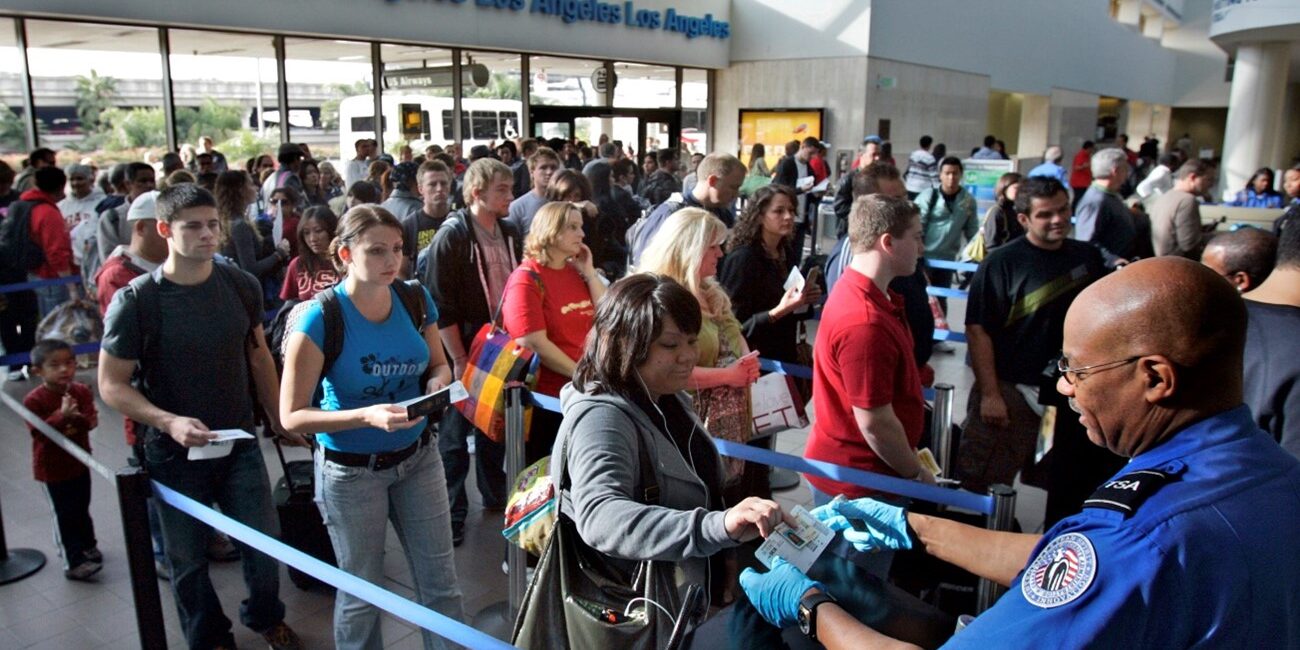 I have strange relationships with lots of things. We were born before the internet was widespread enough to have the all-consuming impact it had on Gen Z, but it certainly shaped us. Music went from tapes to CDs to mp3s to streaming at light speed (and at some point, vinyl came back?), never settling in on one format for too long during our lives. The same goes for phones and video games and government surveillance! But this week I’ve been thinking about one topic in particular that has fundamentally shifted in our lives, giving us a pretty dang weird relationship with it: commercial air travel.

Air travel today is like the culmination of all the Jerry Seinfeld “What’s the deal with airplane food?!?!” type bits put together. The planes have gotten bigger and bigger and yet leg room has gotten smaller and smaller (what’s the deal with that?!?!). The food is still weird, and there’s still nothing worse than a little kid behind you, kicking your seat for six hours. But on top of all that, now you have to wait through insane lines at security check points, avoid bringing anything larger than a thimble’s worth of liquid, then take off your shoes, hat, jacket, wig, and furry costume just to get into the terminal!

Growing up in the 90s, every single rom-com would have a scene where the guy tries to catch the girl at the airport to tell her he loves her before she gets on a plane and leaves forever. He sprints through the WHOLE airport, right to the gate! And nobody tackles him and takes him to jail! I remember my parents telling me stories of what it was like to fly when they were young, how people would dress up like they were going to a fancy dinner or business meeting just to have three martinis and commit some casual misogyny on a flight attendant at 30,000 feet.

And besides the misogyny getting a little less casual and the martini’s quadrupling in prices, not much changed from the time of our grandparents until 2001. Then, of course, 9/11 changed air travel forever. I have vague memories of flying, pre 9/11. Easily walking to the gate, getting to see the inside of the cockpit during the flight. I’m not sure how much of this is my own memory and how much is my brain coopting pop culture as memory but it sure feels like an alternate reality now.

But really what I find interesting here (and emblematic of life in general as a Millennial) is how we live our lives in one world, the world of TSA security checks, antivaxxers, skyrocketing housing prices etc. while all of the stories we were told seem to exist in a completely different world, the world of chasing your best gal onto the tarmac, coming together to get vaccinated and beat polio, being able to graduate high school, get a good job, and make enough money to buy a house and start a family.

I know I’m not saying anything that hasn’t been said before but as Millennials, we have spent our entire lives with one foot in the past and one foot in the future and often times the two worlds are completely incongruous. It’s a strange, strange existence, and I guess this is just my way of trying to work it all out.

Category: Inside Will's Brain - By Will PetermanSeptember 21, 2021