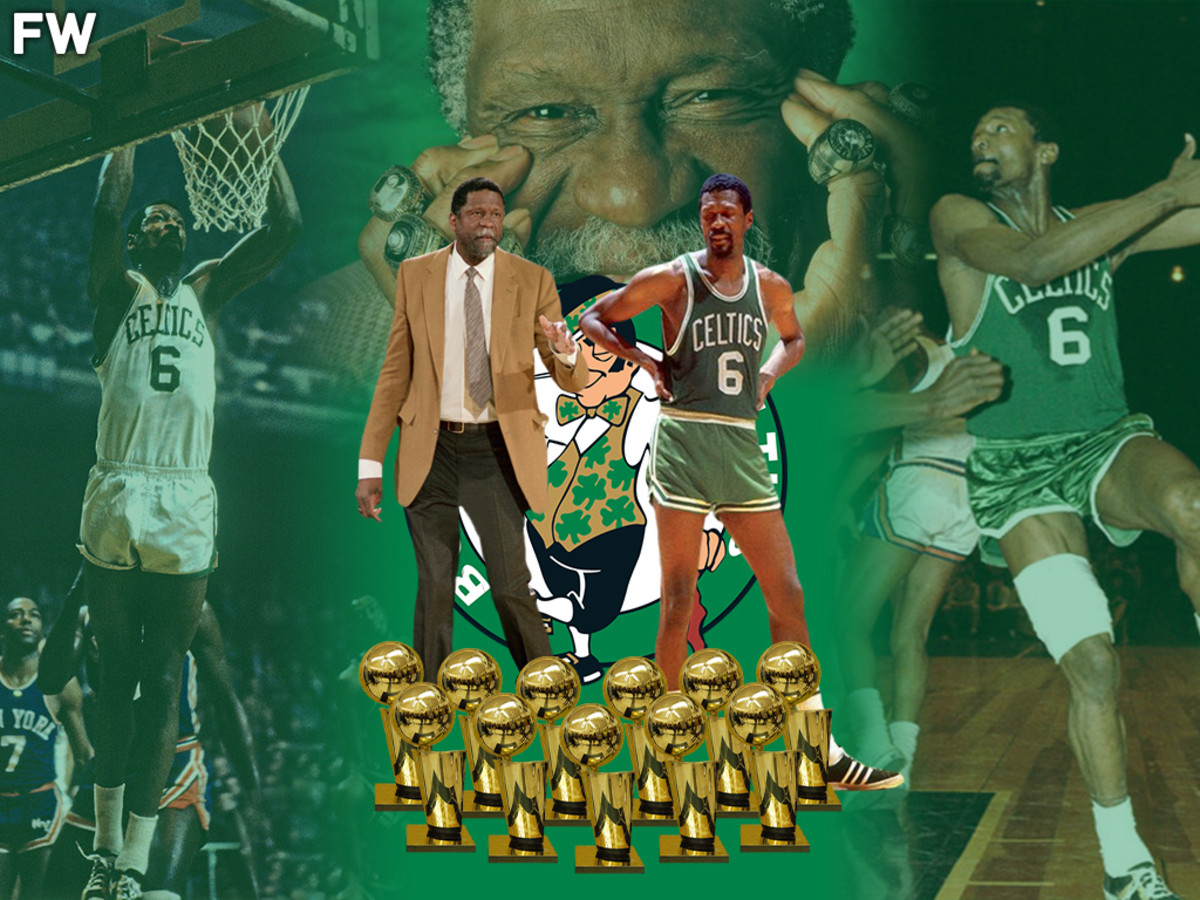 Bill Russell was the greatest basketball player of my youth and, by far, the greatest sports ‘Champion’ of my lifetime.

Boston Celtics great Bill Russell passed away this week. He was 88 years-old.

Russell was drafted in 1956 – and during his 13-year playing career in the NBA, he won 11 Championships, including 8-in-a-row!

However, his NBA rings weren’t his only championships, as he also won 2 NCAA Championships for the San Francisco Dons, a Gold Medal at the ‘56 Olympics, plus 2 High School State Championships!

Here’s an astonishing stat for you….Russell played in 21 winner-take-all games in his college/pro career. His record was 21-0!

Russell’s total personal accomplishments are far too many to list, but here are a few:

– Basketball Hall of Fame (as both a player and Coach)

And, again, those are just a few.

In addition, Russell is only one of two players with over 50 rebounds in a game (Chamberlain the other). And note; blocked shots weren’t a stat back then. Writers say he blocked 8-15 shots per game! And he was only 6’9”.  His defensive prowess changed the game.

A social justice warrior, Bill was the first black champion in North American pro sports, as well as the first black professional head coach in America. He led the Celtics from 1966-69, Seattle SuperSonics (‘73-77), and the Sacramento Kings (‘87-88).

Sadly, many young basketball fans have no clue about the great Bill Russell. He was, undoubtably, one of (if not THE) greatest NBA players ever.

In my opinion, he was also the greatest social justice athlete ever – along with Jackie Robinson, Muhammad Ali, and Jim Brown.

Thanks for the wonderful memories Bill…and may you Rest In Peace.

Celebrating the Birth of America: The Greatest Country Known to Man
June 29, 2022

Remembering Those Who Made the Ultimate Sacrifice
May 24, 2022

LA Dodgers Roberts and Kershaw Perpetuate The Wussification of Pro Sports
April 20, 2022
Blog & News Posts
Blog & News Category
Go to Top
We use cookies on our website to give you the most relevant experience by remembering your preferences and repeat visits. By clicking “Accept”, you consent to the use of ALL the cookies.
Do not sell my personal information.
Cookie SettingsAccept
Manage consent