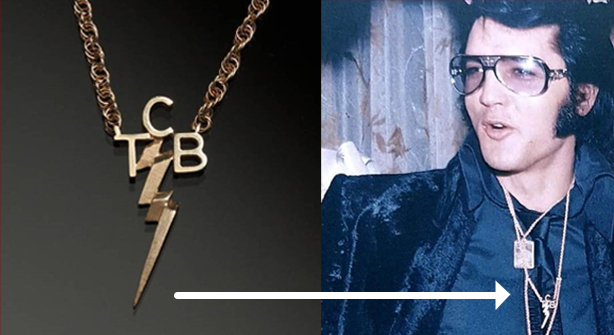 I just saw the feature film, ELVIS, which featured a career defining performance by Austin Butler as the King.

The bio unexpectedly brought back memories of Dr. George Nichopoulos.  Dr Nick served in the Army Medical Core in Germany before graduating from Vanderbilt Medical school and becoming Elvis personal doctor in 1970. The “feel-good” doctor was supplying drugs to the King of rock and roll throughout the 70’s, which contributed to Elvis’ passing on August 16, 1977.

In 1980, Nichopoulos was indicted on 14 counts of overprescribing drugs to Elvis and Jerry Lee Lewis, amongst others.  The district attorney ruled out murder charges because of the conflicting medical opinions about the cause of Presley’s death. In the first eight months of 1977 alone, Nichopoulos had prescribed over 10,000 dose of amphetamines, barbiturates, narcotics, tranquilizers, sleeping pills, laxatives, and hormones for Presley.*

I only wish I had remembered all of this when I wrote my memoir, IF THESE LIPS COULD TALK.

Elvis was a racquetball enthusiast, which was not surprising considering in those days Memphis was a big racquetball town. I was handling PR for Ektelon on the surging pro tour, and the tour would invariably make a stop each year in Memphis. I got to know Dr. Nick a little during this time, (post Elvis’ passing) as he was spending time around many of the players and stops on tour, particularly one nationally ranked player whom Ektelon was sponsoring.

Dr. Nick proudly wore a TCB necklace Elvis had given to his band as well as all those in his inner circle. TCB stands for “Taking Care of Business.” The necklace featured those three consonants offset by a lightning bolt, which later became Elvis’s logo. As I recall, the nationally ranked pro also wore a TCB necklace, which Dr. Nick had gifted him.

I almost met Elvis in Memphis in 1975. I was working the World Football League game, doing stats for broadcaster Jerry Trupiano in a now long-forgotten contest between the Houston Texans and the Memphis Southmen. Early in the game, a huge commotion erupted in the press box. It turns out Elvis was also a huge football fan. True to the rumor going around pre-game, Elvis arrived at the Liberty Bowl about five minutes into the first quarter, entered through the press elevator, and watched the game in a private box surrounded by his Memphis Mafia. At half-time, I tried to talk my way into meet the icon but couldn’t convince the imposing guard at the door that my “All

He coldly looked at me like the little pest I was and blared, “Not tonight brother.”

I had to settle for a glimpse of Elvis’ jet-black hair.

Years later, I was driving our daughter, Erin, to her sophomore year at the University of Kentucky. Ahead of schedule, I was bound and determined to visit Graceland. It was 10 am.  I promised Erin we would be back on the road to Lexington within three hours. We pulled off I-40 and “followed the Mississippi through the cradle of the Civil War” as Paul Simon sang of his own pilgrimage to Graceland. Unfortunately, we learned nobody just drops in on the King.

We pulled into Graceland’s parking lot to find almost as many buses as you find at Kentucky’s Commonwealth Stadium on a Saturday in September when the Cats are home. We proceeded undaunted to the ticket line only to find a two-hour wait for the shuttle to the mansion. Resigned to our fate, we turned back toward the car when I spotted two familiar faces. I darted through the crowd, and sure enough, Stan Zimmerman and Jim Berg grinned broadly and extended their hands.  The two were writers I had worked with on the short-lived Gene Wilder series, SOMETHING WILDER.

It turned out Priscilla Presley had commissioned the two to write a potential Broadway musical based on her life with Elvis, “BURNING LOVE.” They invited us to ride up to Graceland with them. Finally, I’d see Elvis, or what’s left of him. That’s what I thought, anyway.  Jim and Stan had been assigned a V.I.P. tour guide in Memphis to help with their research. The tour guide, like the security guard years before, told me we weren’t going anywhere. He was only authorized to bring two people up the house, and Erin and I weren’t those two people. “Not today, brother” were his exact words

Those three miserable words took care of business between Elvis and me once and for all. May he rest in peace.