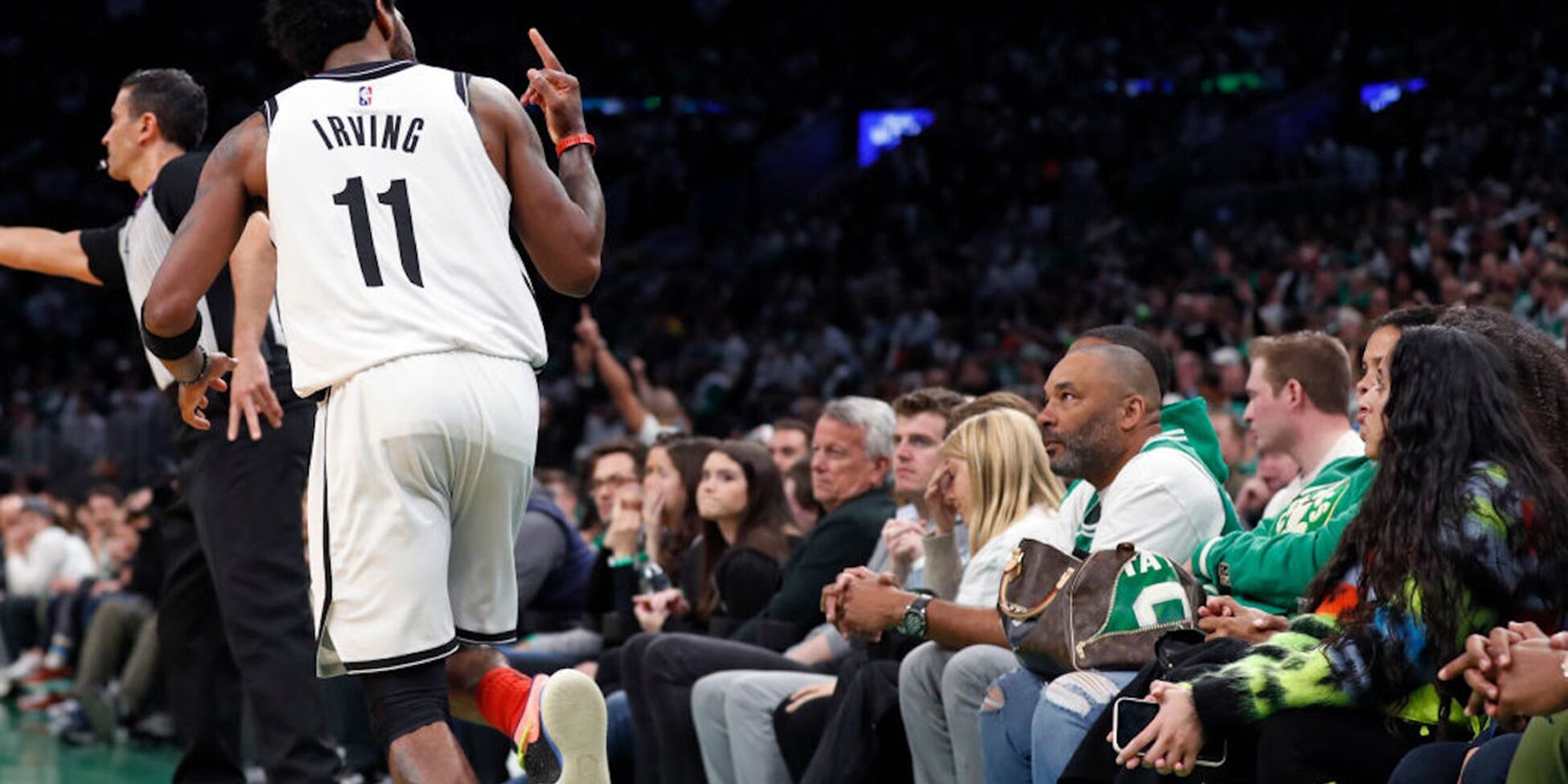 Yes, I’m a Boston Celtics fan. However, I guarantee you, the majority of NBA fans will agree with my following sentiments, including some diehard New York fans. Besides, most New Yorkers are Knicks’ fans and still consider the Nets as part of New Jersey. But, then again, their two New York NFL teams play in New Jersey, so….

For those who don’t follow the National Basketball Association, the Celtics just swept the Brooklyn Nets in the first round of the NBA Playoffs. While all four games were close, it was apparent that the Celtics were the better team. And while no one expected a sweep…it sure was sweet!

I ask…are there two bigger whiners on one team in sports than Kyrie Irving and Keven Durant? Hell, Irving could be the most despised player in all of sports. His recent unacceptable behavior at Boston’s TD Garden (see photo) and hideous, vulgar, post-game comments, which cost him $50,000 in fines (he should have been suspended) even got the ire of TNT analysts and the usual player suck-up commentator, Stephen A. Smith.

Irving, a self-centered narcissist, who thinks the earth is flat, is not a teammate I’d want. While a great talent, he has little interest in ‘team’. It’s always all about him. And, in my opinion, I think he quit on his team after game one of the playoffs.

From Cleveland to Boston to Brooklyn, Irving has left a trail of manure that fans can no longer tolerate. He has become the ultimate arrogant, whiny professional athlete. And, yes, even worse than LeBron James. Yikes!!

Regarding Kevin Durant, he is in no way in Irving’s class of whiners. However, his association with Kyrie has perpetuated the negative feeling fans have toward him since he ran out on Oklahoma City to join the Golden State Warriors – and jump on the championship ring bandwagon.  Someone of his greatness should be able to build a championship team – not simply join one. He’ll never live that down. And after getting swept in this series, one wonders if he ever will.

However, let’s be clear, as a long-time Celtics’ fan, nothing gave me more pleasure than watching my C’s sweep a New York team.  And to listen to all the post-series excuses coming from Irving, Durant and Nets coach, Steve Nash, just added to that pleasure.

And the lesson learned by this sweep?  Two contracts totaling over $75M doesn’t buy a Championship.

However, it can buy you two of the biggest whiners in sports!