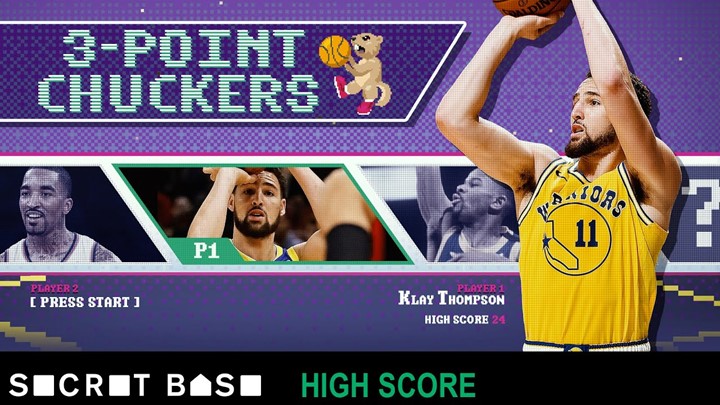 I’ve been watching pro basketball for more decades than I want to admit. To give you a hint, my favorite players as a young boy were Bill Russell and John Havlicek.

Some of my fondest memories growing up were of my days on a basketball court. At Christmas, I used to tell my Dad that if I was only to get one gift, please have it be a new basketball. I’ve always said that one of the main reasons I was pretty good playing high school ball was due to having the best basketball at the outdoor courts, as the older guys would always pick me to play so they could use my ball.  By playing with older guys, it helped me improve my game more quickly than I would have playing with kids my own age.

In high school, I was fortunate to start on very good teams – one of which, in my junior year, went undefeated at 20-0.  Ah, some great memories. And later in life (my late 20s), I became the Head Basketball Coach at my High School alma mater.

I tell you all this to lend a little credibility to what I’m about to say….

Today’s NBA game is much too painful to watch!

Aside from the fact that NBA players are the most spoiled and narcissistic athletes in pro sports, the game itself has gone to hell.  A game which was once about passing, cutting to the basket, taking good shots, and playing tough defense has now become a league all about chucking 3-pointers. And defense?  Very little is played. The NBA suits have developed rules to aid in the ‘wussification’ of pro basketball.

But make no mistake, it’s the 3-pointer that has ruined the game.

The NBA instituted the 3-pointed in 1979, the rookie year of both Larry Bird and Magic Johnson.  However, the actual inception of the 3-pointer was in 1961 by the short-lived American Baseball League. It became more popular with the start of the American Basketball Association (ABA) in 1967. It was originally installed to help the smaller players and to open up the court to provide better driving lanes.

Originally, most people didn’t mind the new rule, as it was seldom used. Generally, a 3-pointer was mostly taken when teams fell behind. However, it wasn’t part of a game-plan. For example, in Larry Bird’s rookie year, he scored 21.3 points-per-game – and averaged only 1.7 3-point attempts. For his career, Bird averaged 24.3 points and 1.7 3-point attempts per game.

And how about the NBA team average for 3-pointers per game?  In its inaugural year, teams averaged 2.5 attempts per game. And today…how does 35.5 sound?

So, if you like watching guys standing around the perimeter chucking up 3-point shots rather than playing the great game of basketball, you keep watching. However, I’m out. It’s too painful and boring to watch.

Money Consumes (and Ruins) Sports Dialog
by Gil Vieira
August 23, 2022
Blog & News Posts
Blog & News Category
Go to Top
We use cookies on our website to give you the most relevant experience by remembering your preferences and repeat visits. By clicking “Accept”, you consent to the use of ALL the cookies.
Do not sell my personal information.
Cookie SettingsAccept
Manage consent