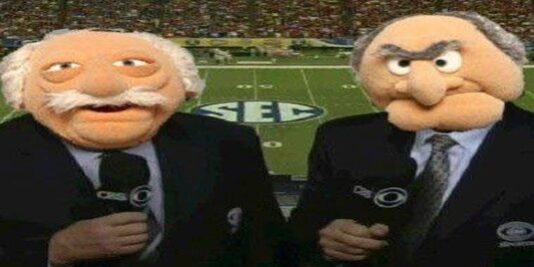 Here’s a tip right off the top for sports analysts, especially the pre and post-game commentators….leave comedy to the professionals.

October has always been utopia for sports fanatics. The month showcases Major League Baseball Playoffs and World Series, the National Football League is well underway, and the NBA and NHL kick-off their seasons.  It’s the preeminent sports month that likely bestowed upon men the ominous title of ‘couch potatoes.’

With all the major sports showcased on television in October, it was always interesting to watch the networks compete for viewers. In past years, they would hire well-trained media professionals and bring in a few ‘expert’ athletes to drive ratings and discuss games and the participants.  I used to look forward to the pre-game shows to get some intelligent insight.

Unfortunately, on-air professionalism has taken a back seat to those who think they’re comedians.

I must have missed the memo from network executives that indicated pre and post-game commentary was to now be delivered by a bunch of buffoons. And while there’s no need to mention names, simply watch ANY sports pre-game show (if you can) and tell me that it’s professional and enjoyable.  If you’re honest with yourself, I’m betting you can’t.  Personally, I can no longer watch any of them.

And while I’m in a ‘bitching’ mode, let me also remind professional athletes that they are NOT entertainers. They are competitors who happen to entertain us. There’s a difference.  Actors are trained to entertain. Athletes are trained to compete.  As Patriots’ Coach Bill Belichick often says, “do your job.”  So, leave the ‘entertaining’ to those who worked years developing their craft…and stick to what you do for a living.

With that said, I now prepare for a Sunday filled with NFL games.  However, my television won’t go on until 1:00p Eastern Time…and no earlier.  There are enough buffoons in the news media today…I don’t need to put on the television to engage more of them in the world of sports, where I’m trying to make my living.