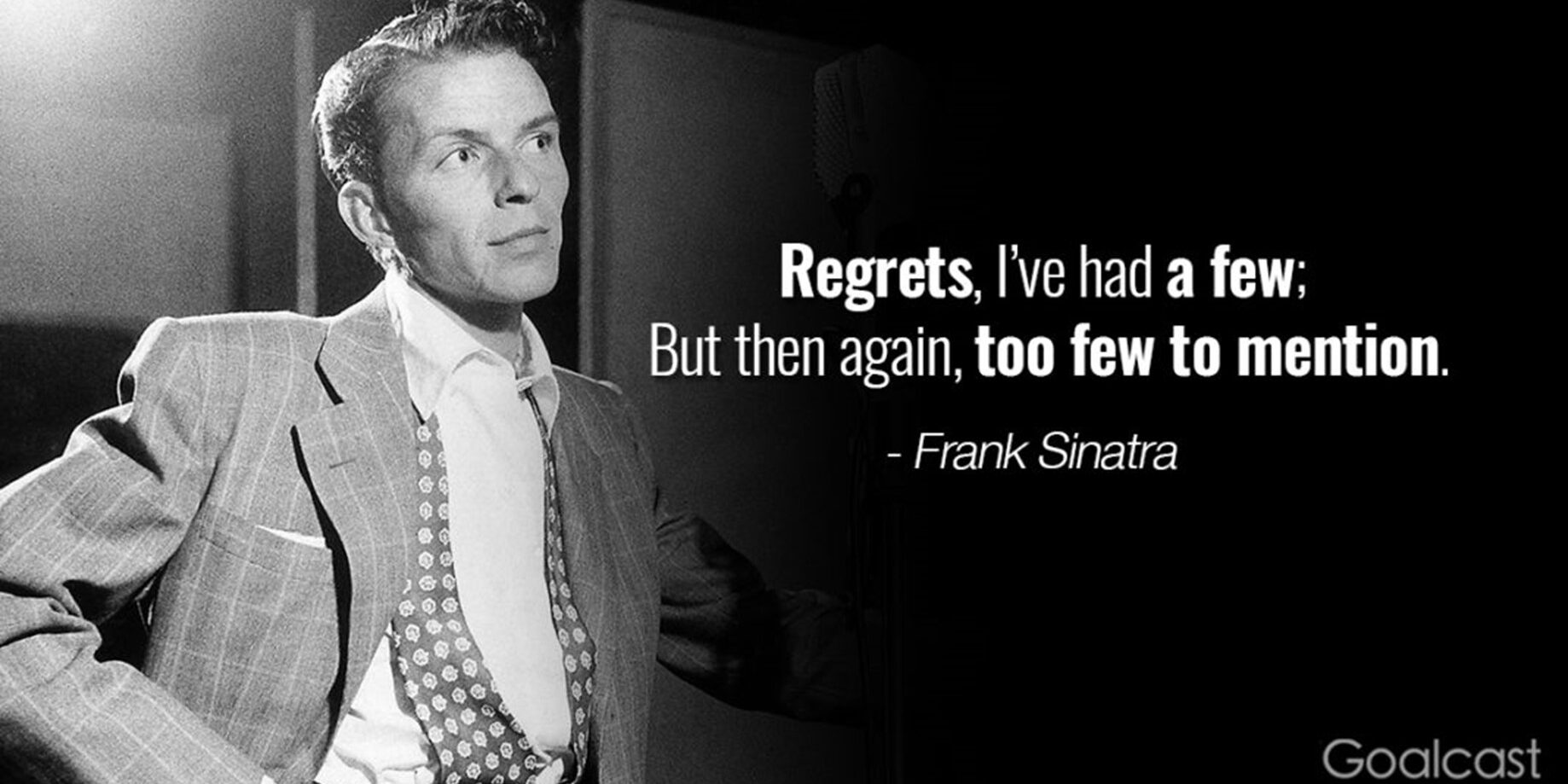 In the song ‘My Way,’ sung by Frank Sinatra and written by Paul Anka, there’s a famous line which reads; Regrets, I’ve had a few, but then again, too few to mention.  A very meaningful song and line, especially as one gets older.

I’ve had a few regrets, but I’ll stick to one that occurred in my sports-life.

Sadly, recent tragedies that involved old college friends brought me back to a regret that occurred at the beginning of my college years. It was regarding one of my very first ‘real’ decisions in life.

Regrettably, I learned the hard way that trust should be earned and not given. Unfortunately, I trusted a college coach.

During my senior year of high school, I was fortunate to receive a few college sports scholarship offers. A couple for football, but mostly for baseball and basketball.  While thinking I had a ‘shot’ at playing pro baseball, I also loved basketball and, thus, was leaning toward an offer from a Division-2 College baseball powerhouse in Arizona, who would have allowed me to play both sports.

However, within days of receiving the Arizona offer, I received an offer to play basketball at Division-1 Jacksonville University in Florida, who also had an excellent baseball program.

Again, my dream was to play professional baseball, so I took a shot at the Division-1 School and contacted the basketball coach.  Unfortunately, when I asked if I could play both sports, he quickly said…no!

It was then that I took my first gamble in life…

I asked him; “If I tried-out and made the baseball team, could I get my scholarship transferred from the basketball program to baseball?”  He contacted the baseball coach and a few days later he got back to me and said…yes!  The draw-back was that I’d have to pay for my first semester of college, while I tried-out.

Did I make the baseball team?  Yes. Did I get screwed by the baseball coach and not get my scholarship in the second semester. Yes.

A foolish young kid took the baseball coach’s word and didn’t get it in writing. It ended up being a couple of years hassling with a classless coach.

I should have transferred, but I didn’t. The small, picturesque school on the St. Johns River and my new friends grew on me…so I stayed.  Of course, meeting my future wife also played a role in staying.

But, while that was a mistake, that’s not what haunts me to this day.

The actual regret was not playing on the basketball team. You see, my sophomore year of college saw a new basketball player arrive on campus. He was the great Artis Gilmore – the 7’2” center who took little Jacksonville to the NCAA Finals against mighty UCLA. That season included multiple big-time games on TV, and even a trip to a holiday tournament in Hawaii. And while I probably wouldn’t have played much that year, I would have been a back-up point guard and a teammate on the greatest Cinderella basketball team to ever play in the NCAA Tournament.

To make matters worse, I even got a second chance to play on the team….

It was my freshman year prior to classes starting. I was playing a 2-on-2 pick-up basketball game on the outdoor courts.  My partner was a new Jacksonville University basketball transfer. His name was Rex Morgan – a future member of the Boston Celtics!  While playing, the assistant basketball coach came to the court to speak with Rex. When done, he called me over to talk.  He stated, “We want you in the gym. We’ll give you two weeks to decide, then we’ll need to get someone new for next semester, if the answer is still no.”

Well, you know the answer. Ouch!  It still hurts recalling that fateful day and decision.

Regrets, I have a few…but that one has haunted me for my entire life.