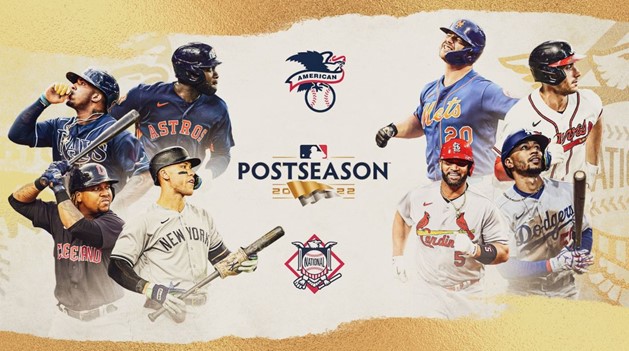 As the 2022 MLB Playoffs approached, I wondered if I’d have enough interest to watch all the games. You see, my Red Sox sucked this season and were nowhere to be found in the brackets. An ALCS finalist in 2021, they finished dead last in the AL East this year. Embarrassing!

So, with no rooting interest, could the playoffs hold my attention?

As I looked at the brackets, there was really no one to specifically root for, but there certainly were many teams to root against. Of the 12 teams in the playoffs, I legitimately hate 7 of them!

(Calm down Millennials and Gen Z’ers…don’t take the word ‘hate’ literally. ‘Sports hate’ is common among fans. If you don’t understand that, stay away from sports.)

As a Boston sports fan, it should be well-known that we hate all New York and Los Angeles teams (as they do us), so there’s 3 teams to root against (Yankees, Mets and Dodgers). Then there’s the cheating Houston Astros. I don’t know anyone outside of Houston that likes them. Hell, I don’t even like Alex Cora, the Red Sox manager who was a coach with Houston during those cheating years.

So, that’s 4 I hate…the other 3 is a different type of hate.

The Philadelphia Phillies: I don’t really hate the team, but oh those fans! As much as New York and, yes, Boston fans can be irritating, Philly fans are the absolute worst in all of sports! Here’s a suggestion for you…when your team plays in Philly don’t ever attend… watch the game on TV. Seriously, you don’t want to be around Philly fans. They’re obnoxious!

The other 2 ‘hated’ teams are just divisional opponents of the Red Sox…the Tampa Bay Rays and Toronto Blue Jays. No serious hate like the others, but I certainly couldn’t root for them.

So that left Cleveland, San Diego, St. Louis, Seattle and Atlanta. Of those 5, one remains. San Diego. Unfortunately, Cleveland blew a 2-1 series lead over New York, so we’re left with the Yankees versus the cheating Astros for the ALCS – and San Diego versus Philly in the NLCS. Go Padres!

The dilemma is who to root against in the ALCS.  Actually, I might dislike the Astros’ more so than the Yankees, but I really don’t want to deal with all my Yankee friends if they win. We in Boston love the fact that the Yankees haven’t won a World Series since 2009…and let’s keep it that way. Go Astros!

Even though I’m not a Padres’ fan (despite living in San Diego for 10-years), I’ll be pulling for them to win it all. Or should I say, I’ll be rooting against the Yankees, Astros and Phillies!

Ahh…. teams you love to hate!

Remembering Bill Russell – The Greatest Sports Champion Ever
by Gil Vieira
August 3, 2022
Blog & News Posts
Blog & News Category
Go to Top
We use cookies on our website to give you the most relevant experience by remembering your preferences and repeat visits. By clicking “Accept”, you consent to the use of ALL the cookies.
Do not sell my personal information.
Cookie SettingsAccept
Manage consent