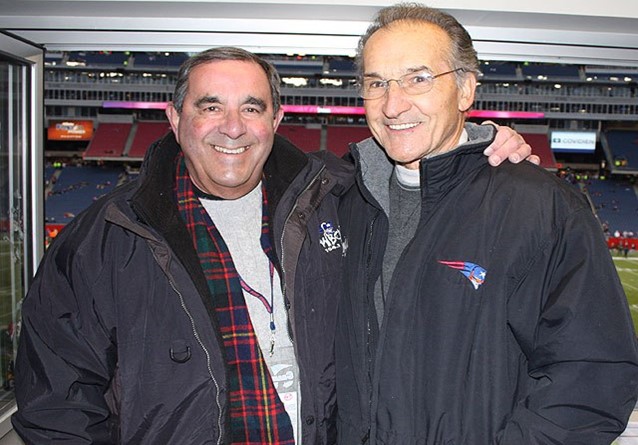 Sadly, there is one guarantee in life…death.

Unfortunately, as we grow older, that occurrence comes far too frequently. That is the sad truth about aging – we lose loved-ones, friends, and acquaintances on a regular basis. And while we accept this fact, it does not make it any easier when it occurs.

With the 2022 football season upon us, I think of one of its great players, Gino Cappelletti, who we lost this year. Gino, a former New England Patriots player and radio announcer, passed away on May 12th at the age of eighty-eight.

Gino was the all-time leading scorer of the American Football League (AFL). He was also the 1964 AFL Most Valuable Player. Gino was a wide-receiver and the premier kicker in the AFL. He is a member of the New England Patriots’ Hall of Fame and had his number, 20, retired by the Pats. He’s also a member of the National Italian American Sports Hall of Fame.

Cappelletti also belongs in the Pro Football Hall of Fame.

I wasn’t a close friend of Gino, but a good acquaintance, as I was fortunate to meet him several times via my good friend Gil Santos. Gil was the play-by-play ‘Voice of the Patriots’ for 36-years. Gino worked with Gil for 28 of those years, as an analyst.

The death of Gino brought back many wonderful memories of Gil Santos, who grew up in my hometown of Fairhaven, MA (50-miles south of Boston on the South Coast). Gil graduated from my alma mater, Fairhaven High School, albeit several years prior to me. However, he grew up just a couple of streets away and our parents were friends.

Just recently, the press box at the new Fairhaven High School football field was named in honor of Gil.

Gil passed away on April 19, 2018, which was his 80th birthday and 57th wedding anniversary. He had retired as the ‘Voice of the Patriots’ at the conclusion of the 2012 season, after broadcasting 744 Pats’ games. He was inducted into the Patriots’ Hall of Fame in 2013.

Gil has also announced Celtics and Red Sox games and received the ‘Legacy Award’ at the New England Sports Museum.

One of my fondest memories of Gil was his radio play-by-play of an important high school basketball game of mine. Gil’s first radio job was at a local station where he announced high school football and basketball games. It was a championship game (that we won), which I recorded and have listened to often over the years. I still have the tape today – and I cherish listening to Gil and his great voice. Even back then, we all knew Gil would accomplish remarkable things.

However, my greatest memory of Gil was at ‘Gil Santos Night’ back in 1974. Two friends and I wanted to honor Gil for his early-career accomplishments. We originally thought it would be a gathering of friends at a local pavilion in our hometown. We quickly learned how much Gil was already beloved, as tickets to the event sold out quickly. Several Patriots’ players and management personnel attended, as well as many key radio personalities, including Gino and Celtics’ iconic announcer, Johnny Most.

As the MC of the event, and a good friend of Gil, it was a night I will remember and cherish until the day I die.

So as a new NFL season begins, I will enjoy watching football. However, Pats’ games have never been quite the same since we lost the ‘Voice of the Patriots,’ Gil Santos.

We all miss you, Gil.

Celebrating the Birth of America: The Greatest Country Known to Man
June 29, 2022

American Hypocrisy Extended to Sports
June 14, 2022
Blog & News Posts
Blog & News Category
Go to Top
We use cookies on our website to give you the most relevant experience by remembering your preferences and repeat visits. By clicking “Accept”, you consent to the use of ALL the cookies.
Do not sell my personal information.
Cookie SettingsAccept
Manage consent