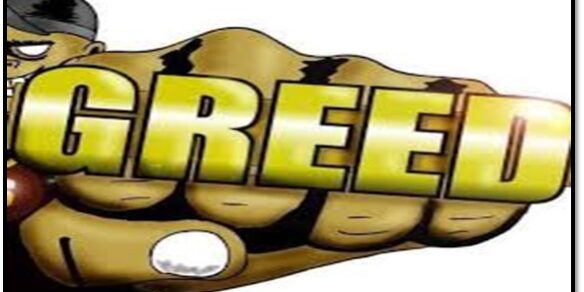 This is difficult to admit, but sports doesn’t mean quite as much to me as it once did. Age certainly has something to do with it, but there are many more negative happenings in professional sports that has added to it being a turn off.

As mentioned in previous blogs, much of my life has been devoted to sports. Beginning with youth sports through high school, college and adult travel softball, I played actively for well over 30- years, until old injuries finally caught up to me.

Professionally, I began working in sports in my twenties as a sports journalist and publisher – and even coached high school basketball for a number of years. In my early 30s, I started working in the Sporting Goods Industry and led numerous companies for more years than I want to admit.

I say all this to give you an idea how sports has touched my life – and how tough it is to speak negatively about something that has meant so much to me. I’ve also met many good people via sports who remain friends of mine to this day.

So, what has turned me off to pro sports? There are a number of things, including: greed, politics, wimpy rule changes, and fewer Americans playing, to name a few.

GREED: Let me be clear, I’m a staunch capitalist. If you’re looking to change our country to socialism, you need not read any further. And, I suggest you try living in Cuba or Venezuela and let me know how that works out for you.

There’s a major difference between capitalism and greed. And believe me, most involved in professional sports, both owners and players, are greedy bastards. When is enough, enough? A prime example is the current situation occurring in Major League Baseball. When you have billionaires arguing with millionaires over money, it’s a sad day.  According to recent data, the average income for an MLB player in 2021 was $4.17M!  So, tell me why there’s a strike. And please, don’t tell me owners are making too much money. If you do, I’m betting you’ve never owned a company.  And for those who don’t care how much money players make ‘cuz, “It’s not my money”….check the price of tickets or the cost of a beer at the ballpark. Payroll adds to the ‘cost of goods’, which dictates prices. So, average players should be thankful for their $4.17M annual salary and…play ball!

POLITICS: For most fans, sports is an escape from everyday life. It’s a means in which one can forget their problems for a few hours – and enjoy watching great athletes compete. A sporting event is a venue where people gather to root together for a team. It is NOT a political gathering for activists. Save your political rants for appropriate venues. As a business owner, I always told my employees to keep their politics out of the workplace. Also, listening to LeBron condemn the US, while protecting Communist China – or players kneeling for the National Anthem, is a TOTAL turn off.

WHIMPY RULE CHANGES:  When did sports become ‘woke’?  I started noticing the wussification of pro sports around 2010. It’s one thing to protect players from serious injuries, but to make rule changes to appease the ‘PC Police’, is another turn off.  Using the National Hockey League as an example, it is no longer played like North American hockey was meant to be played.  It has taken on the softer Euro hockey style. Where’s the hitting and a little fighting? Gone is the once tough NHL!  And the NFL? Soon it will be flag football.  Bring back Dick Butkus, Ray Nitschke and Mean Joe Greene!

AMERICAN PLAYERS:  This is a subject matter that deserves its own blog – and I know it will rile some of today’s globalists. However, when did it become taboo for an American to support fellow Americans? Call me whatever name you’d like, but I prefer giving American citizens jobs in America. Providing jobs to non-Americans should be limited, as is done in Japanese Baseball (Nippon Professional Baseball). In Japan, a team is only allowed four foreigners on a 25-man roster. I have nothing against foreign players, but for every foreigner a team hires, it’s one less job for an American player.

I’ve only touched the surface regarding the reasons as to why I’ve been turned off by pro sports. Watch for more to come.

And don’t get me wrong, I still watch sports – just not as often nor as intensely as I once did.