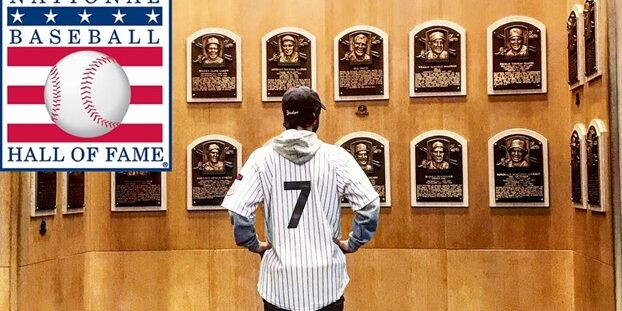 Congratulations to Red Sox slugger David Ortiz, aka ‘Big Papi’. Ortiz was the sole player voted into the National Baseball Hall of Fame this year, on his first ballot, by the Baseball Writers’ Association of America (BBWAA).

The 2022 Induction Ceremony will take place Sunday, July 24, on the grounds of the Clark Sports Center in Cooperstown, New York.

Before I get into my rant about the arrogance and ignorance of some BBWAA voters, let me first divulge my fondness for the National Baseball Hall of Fame and Museum.

If you like baseball, or history in general, it’s a must see. It’s a beautiful and fascinating museum set in the picturesque town of Cooperstown – a small village nestled in central New York State at the southern tip of Otsego Lake. I’ve been there several times (for both business and pleasure), with my favorite visit taking place during Induction Ceremony week, when you get to see and mingle with legends of the game.

With that said, it’s time for Hall of Fame executives to revamp its voting structure, specifically regarding those who vote. The BBWAA has to go!  Allowing pompous writers, who hold grudges, to vote for the most historic aspect of baseball is passé. The media and sports “journalists” have become far too political to allow them to make such important decisions.

And while there are a number of actual election rules that need changing, for the purpose of this blog, I’ll focus on Rules for Election #5: Voting. (Note: Rules for Election are visible on the Baseball HOF website, baseballhall.org.)

Rule #5: Voting shall be based upon the player’s record, playing ability, integrity, sportsmanship, character, and contributions to the team(s) on which the player played.

As you’ll note, I highlighted two conditions in Rule 5, which I believe to be far too arbitrary: integrityand character.  Who the hell are baseball writers to be passing character judgement on others?  Unless a player is a convicted felon, voting should be solely on a player’s record and playing ability. Far too many writers hold grudges against players who may have been uncooperative.

Dan Shaughnessy is a Boston Globe columnist. He is easily the most controversial sports writer in Boston. Most players want nothing to do with him – and rightfully so. While a good writer, he defines the word ‘troll’. (Troll: to antagonize by deliberately posting inflammatory, irrelevant, or offensive comments or other disruptive content.) His recent snub of Curt Schilling for the National Baseball Hall of Fame was purely personal and political.

Now, is Schilling deserving of the Hall?  Some say yes, others say no. However, in 2013, Shaughnessy did, indeed, vote for Schilling. You can’t be considered a Hall of Famer one year…and not the next.  If one is a Hall of Famer today, he’s a Hall of Famer tomorrow.  Again, unless he became a convicted felon after the initial vote.

Dan can make one excuse after another as to why he changed his vote, but it’s quite simple and obvious to this writer….Shaughnessy is a liberal Democrat, while Schilling is a conservative Republican. Period.

Integrity and character don’t belong in the Hall of Fame’s Rules for Election, but even so, those terms do not relate to one’s political beliefs.  The last time I checked, this is still America and we have the freedom to select the party of our choice without left-wingers trying to take away one’s First Amendment Rights.

Take heed Baseball Hall of Fame…get new voters, or at least rewrite #5 in Rules for Election…and keep politics out of your prestigious Hall of Fame.