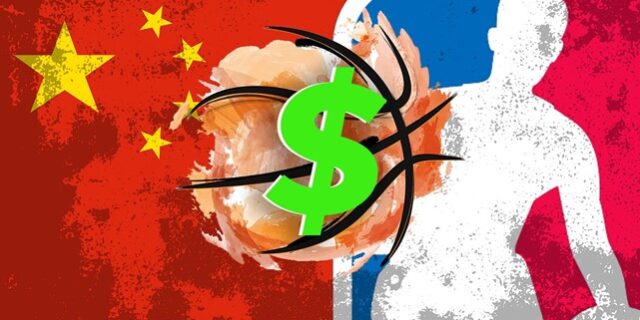 For those who read this blog regularly, you know my (once) love of the National Basketball Association is waning.

Between the game being ruined by the constant chucking of 3-pointers, inconsistent officiating and hypocritical players who care more about the almighty dollar than democracy (see LeBron), I’m now appalled by the words spoken by Golden State Warriors Co-Owner, Chamath Palihapitiya.

The billionaire venture capitalist boldly stated, “Nobody cares about the Uyghurs”. This statement was regarding the ongoing genocide happening in China.

Once again, an NBA person being more concerned with money and the growth of basketball in China, rather than the rights of the people living in the communist nation.

And NBA executives wonder why viewership of NBA games on ABC continues to decline.

Palihapitiya, a Sri Lankan-born Canadian, made the comments while discussing politics on his show, the All-In Podcast. The 34-year-old venture capitalist repeatedly told his co-hosts that “Nobody cares about the Uyghurs.”  Palihapitiya said he cares about inflation, American health care infrastructure and climate change, but not the genocide China is accused of carrying out against the Muslim Uyghurs.

Here are more comments he made on the podcast: “Nobody cares about what’s happening to the Uyghurs, okay.  You bring it up because you really care, and I think it’s nice that you really care, the rest of us don’t care,” said Palihapitiya. “I’m just telling you a very hard, ugly truth.  Of all the things I care about, yes, it’s below my line.”

The disgusting Warriors Co-Owner is a billionaire venture capitalist, engineer, SPAC sponsor and the founder and CEO of Social Capital.  He was also an early senior executive at Facebook, working at the company from 2007 to 2011.

The Golden State Warriors were quick to release this statement after social media blew up: “Palihapitiya is a limited investor whose views don’t reflect that of the team.”  (Spare me!)

However, the NBA has a record of supporting China in recent years.

After Houston Rockets general manager, Daryl Morey, posted a tweet regarding Hong Kong in which he tweeted: “Fight for Freedom, Stand with Hong Kong,” the NBA forced him to issue an apology after they got backlash from China authorities and the Chinese Basketball Association.

And, recently, the NBA was in the spotlight again after the Chinese internet giant, Tencent, halted transmission of an NBA game, allegedly for an audience member wearing a cloth with the flag of the island of Taiwan. The live streaming of the crucial game between the Miami Heat and LA Lakers switched over to another NBA game, the Portland Blazers against Brooklyn Nets. Tencent and the NBA explained that “the game’s transmission medium failed to meet broadcasting standards.”  Ya, right!

So, how long will the American public and basketball fanatics put up with the NBA and its constant support of Communist China?  Leagues and players are quick to condemn America for things committed hundreds of years ago in our country, but look the other way regarding the atrocities being committed today in China.

Billionaire owners and millionaire players care more about the almighty dollar and their profits rather than America. They’re all a bunch of hypocrites and, I, for one, am tired of it.

Maybe those in the NBA who care more about China than America can all go work and play in the Chinese Basketball Association.  If so, let’s see how long before they hunger for living in the USA!