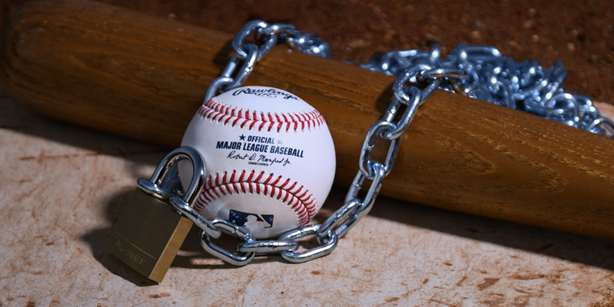 Oh, where to begin?  There are so many important issues Major League Baseball needs to address, I could write a book. And what better time for them to fix the game than in the coming months – when negotiations reopen between owners and the MLB Player’s Association.

However, sadly, I don’t believe the current ‘lockout’ will help push either side to deal with many of the specific game needs, as much as it will focus on the ongoing greed on both sides of the aisle.

Let me first admit, I’m not a big fan of unions. During my years as the Publisher & Editor of a weekly newspaper, I had the unfortunate experience of dealing directly with corrupt unions. The days of unions fighting for better wages, reasonable hours, and safer working conditions are long gone.  None of those original union objectives apply to the MLB Players Association (MLBPA). How can it when their members are mostly multimillionaires working in plush environments, and having about five months off per year!

And, please, don’t be one of those ignorant people who complains that MLB owners are filthy rich and should give more of their profits away. Most people who think in this manner have little business knowledge and probably have never owned a business themselves.

When the average annual salary of MLB union members in 2021 was $4.17M, and more than 100 players make over $10M per year, and multiple players make over $30M per year – fighting for better wages should not be an issue.  Also, when the minimum salary for an MLB player is $563,500, don’t come crying on my shoulder.

So, don’t be fooled by the rhetoric of the MLBPA, as their ‘wants’ are mostly related to money and increasing the revenue-share percentage for players.  When is enough enough?

And for those who say they don’t care how much money players make….you must not be going to any MLB games. Or, maybe spending money isn’t a concern for you, either.  Last I checked, for a family of four to attend a game at Fenway Park get ready to spend at least $600!  And that’s not for the most expensive seats. Remember, the more players make, the more it costs you to go to the ballpark. That’s how business works.

And what do the owners want?  Their main ‘ask’ is regarding expanding the playoffs. Their ‘give-back’ to this move would be to reduce the regular season schedule to 154 games (it’s currently 162), and making the Designated Hitter Rule universal.  Hence, more money for owners via the playoffs and more opportunity for players, as many National League teams will need to sign a DH, which will extend some careers. Also, the average salary for a DH in 2021 was $13.4M.

So with all the greed stuff aside, what should new negotiations really address?

Those are just a few topics owners and the MLBPA should address.  However, God knows those issues aren’t as important to those in MLB as is the money, because we all know….it’s difficult to live on only $4M per year!