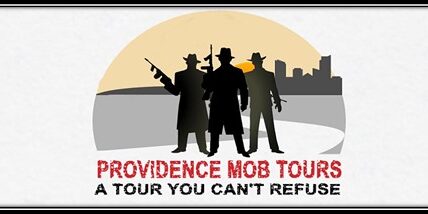 After graduating from college and prior to entering the Sports Industry, my life was filled with some precarious characters – none of whom my father, a police officer, would have approved. However, it was a time that surely provided me with interesting stories…and a better appreciation for being alive.

It all began with my first job, post-college. I became a sales representative for a beer and wine distributor. The main beer sold was Narragansett.  ‘Narry’ or ‘Gansett’, as it was called, was the top selling beer in New England. It was brewed in Rhode Island and rumored to have ties to the mafia, which was very prominent in Providence. It was also thought that the owner of the distributorship for whom I worked, with the surname DeCristofano, also had ties to the Providence mob.

With multiple accounts in Southeastern Massachusetts and Cape Cod, my favorite was a well-known and highly frequented bar.  It was owned by the biggest bookie in the area, who also had close ties to the mob, aka, the Patriarca family. Raymond Patriarca, the head of the ‘family’, was based in Providence and led the entire Italian mafia in New England. He was one of the most powerful men in all of organized crime.

As time passed, I became very friendly with the bar owner’s son, who ran the joint. And, thus, my relationships with shady characters began – not to mention my experiences with near death.

My first brush with mortality came via a misunderstanding with my friend – the bar owner’s son. You see, he thought I was having a ‘relationship’ with his mistress, a beautiful bartender at his establishment. While she and I became good friends, I assure you, I was too smart to take it any further. Unfortunately, my friend thought differently…and a ‘hit’ on me was ordered.

Fortunately, I was also very close to his cousin and it was he who saved my life. After multiple discussions among the three of us, the hit was removed, and I lived for another day…albeit not frequenting that establishment too often anymore.

But it was my second brush with death that really ended my mafia ties.

It was the summer of 1976.  I hung out with a cop and a former mob guy who, at the time, happened to be the town’s Shellfish Warden. We frequented a bar at one of the finest restaurants in the area.

My mob friend was also an acquaintance of a ‘lieutenant’ of the aforementioned Raymond Patriarca.

Well, that summer and early fall the lieutenant stopped at the restaurant (where we hung out) every Friday en route to Cape Cod.  We’d save the same corner table in the bar for him and his driver. He’d have a couple of cocktails and chat for about an hour – then he’d be on his way to the Cape, a short drive from my hometown.

During one of his stops, he stated that he was writing a book about his mafia life. He was planning to finish the book by late winter, 1977. He would then begin a book promo tour in the spring, including stops at well-known, nightly TV shows. He said the book was approved by the boss, Patriarca.

However, my mob friend ensured me that such a book would never be approved.

In late summer, during one of the lieutenant’s stops at our restaurant, he pulled me aside and told me that his driver was being transferred, and asked if I would consider being his new driver. While intrigued, I told him my father was a cop and I wasn’t sure if that would be wise. He said that he knew my dad was a cop, which was one of his reasons for asking me. “Good fit,” he’d say. I asked him if I could think about it, and he stated he’d need an answer soon.  And while I thought it would be very interesting, I eventually (and fortunately) said no.

In early spring, 1977, the lieutenant and his new driver were found dead in his home!

My mafia calling quickly came to an end…with a safer sports career awaiting.